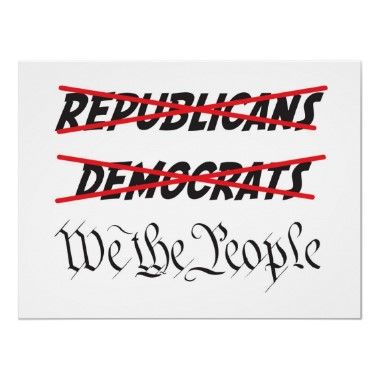 One of the most fundamental traits of a representative democracy is a process of free and fair elections that offers a level playing field for all candidates and parties. Americans continually see examples in other nations of rigged elections, manipulation of election data or the imposition of high barriers for opposition parties and candidates. In the United States, our political philosophy of fairness rejects tactics. But we need to do more to maintain a free and fair electoral process, particularly in Utah.

A case in point is the experience of the United Utah Party in attempting to certify as a party and field a candidate for the 3rd Congressional District election. The governor and lieutenant governor, through the state elections office, tried their best to keep the United Utah Party and its candidate off the ballot. They created a process that cut out new parties. When a new party formed anyway, they delayed our certification and used taxpayer money to block competition from our party.

In ruling that the state elections office was wrong in denying our candidate, Jim Bennett, a place on the ballot, judge David Nuffer pointed out the steps that office had taken to stifle competition. That’s why he ruled against them and for the United Utah Party and our candidate, Bennett. The judge noted the problems with Utah’s partisan election process:

"The Republican Party has been particularly dominant in Utah’s Third Congressional District elections. The Lt. Governor, Governor Herbert, and resigned Representative Chaffetz are all Republicans. In a state that elected Republican candidates for federal office across the board in the 2016 elections, the Third Congressional District stands out for electing Representative Chaffetz at 73.5 percent, a higher percentage than any other race in the state. These facts suggest careful examination of the one-party control of this special election process, from resignation to the Governor’s writ of election and proclamation through the Lt. Governor’s Special Election Procedures."

Judge Nuffer concluded that the Lieutenant Governor’s Office sought to delay the new party’s certification well beyond what was reasonable if it were administering the process in a nonpartisan manner. Lt. Gov. Spencer Cox criticized the United Utah Party for “shenanigans.” But the judge described how the “shenanigans” were all on the part of the Lieutenant Governor’s Office.

Utah needs to create an independent electoral commission that would prevent one party from using election administration for its own purposes. Such a commission or board exists in Illinois, New York, Oklahoma and Florida. Florida’s electoral commission consists of nine members. No more than five of the commissioners can be from the same political party and none can be party officials. That provision guarantees that minority party views are represented in the deliberations and decision-making of the commission.

Florida’s model would be a vast improvement over the current system in Utah where one party dominates the whole process. When Gov. Gary Herbert and Cox created the special election procedure, there were no others involved besides Republicans. With no one else in the room, abuse by one political party is tempting.

But Utah can do better. The members of the commission could be appointed by the governor, but on recommendation of the chairs of the various political parties in the state. The commission should include representatives who are Republicans, Democrats, members of other parties, as well as independents. However, no party should hold a majority of the commission membership.

This kind of commission would guarantee broad representation in the making of public policy regarding elections. It would make it difficult for a single party to use the election process to advantage. It would fulfill our goal of assuring free and fair electoral processes in Utah.

Richard Davis is chairman of the United Utah Party.