State and County Candidates for 2018

We have fifteen candidates running at the State and County levels in 2018! 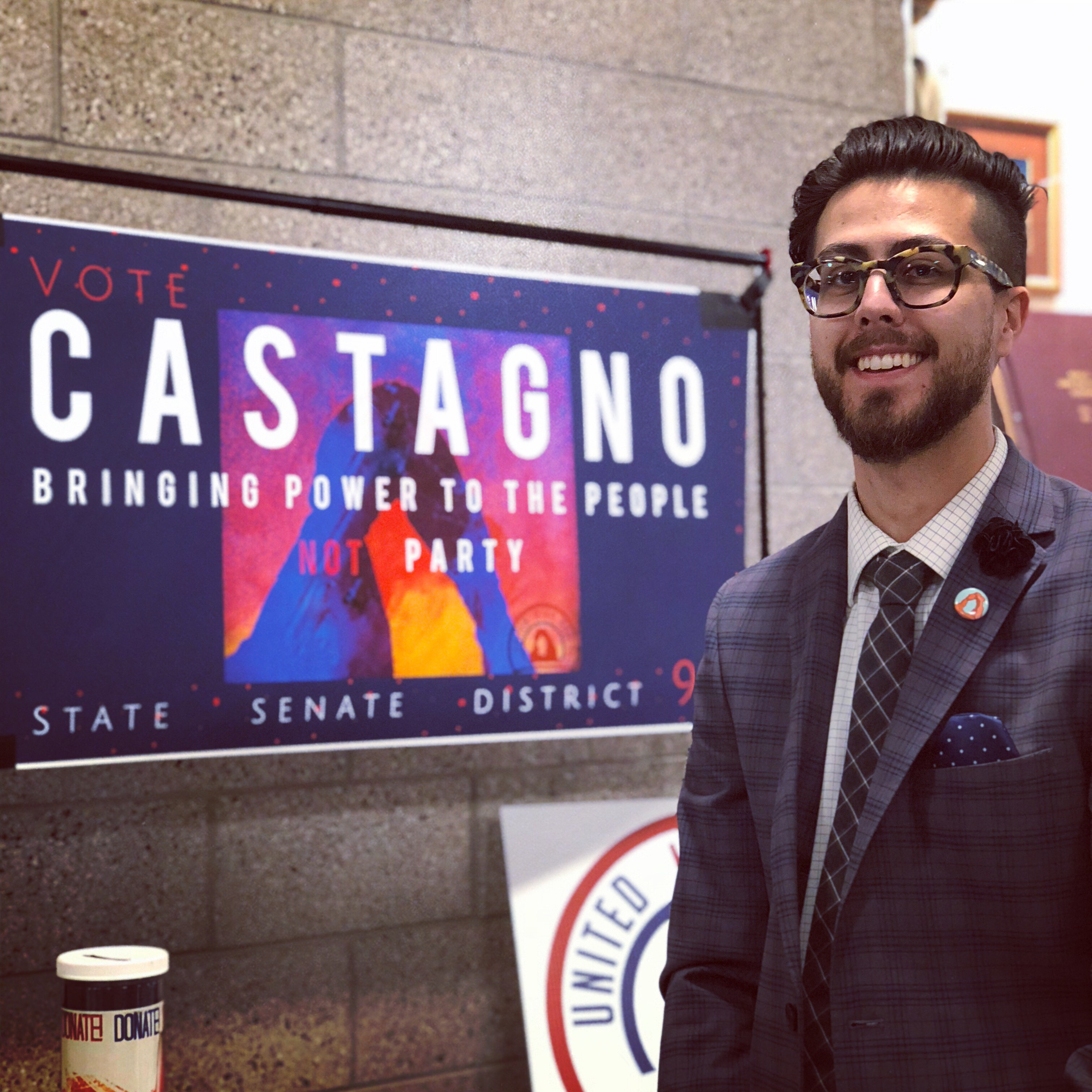 Alexander Castagno is running to be a Utah State Senator from District 9 - covering much of Sandy City. Alexander seeks to give power back to the people. He believes Utah needs better policies that promote family time, affordable education, an affordable cost of living, mental and physical healthcare, and a government that is not tied by the constraints of polarized partisanship.

Alexander is the president of Civolicy - a local political advocacy group that works on Utah policies and is a lobbyist for the people. Alexander believes in giving freedom back to the people and fights for issues that benefit Utahns. Alexander is currently the leader of the LGBTQ sub-committee of the Utah Suicide Prevention Coalition and has been working with community leaders to end Utah's suicide epidemic. Alexander is a graduate of George Washington University with a Masters in Political Management and received a B.A. in Political Science from the University of Utah. With his education and work in policy, he brings years of public service experience to the table. Alexander has served in the Governor's Office, and he has also served for a member of the United States Congress. He has a passion for politics and for the involvement of his fellow state citizens in local politics. 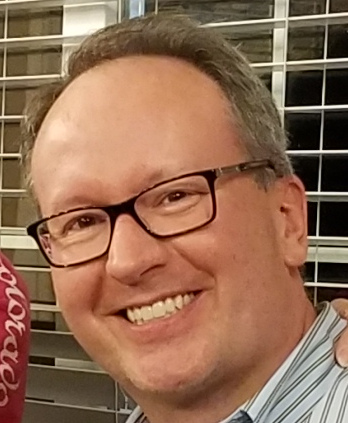 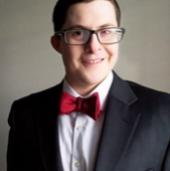 Brian Fabbi is running for Utah 31 in West Valley City. He holds degrees from BYU, Western Governor’s University, and the University of Utah, and works as an accountant for The Church of Jesus Christ of Latter-day Saints. Brian has worked on several campaigns in both Nevada and Utah, previously worked with the Department of International Religious Freedom at the U.S. Department of State, and has served as a precinct chair and county and state delegate. As a member of the United Utah Party, Brian served as the Salt Lake County chair before stepping down in order to run for House District 31. 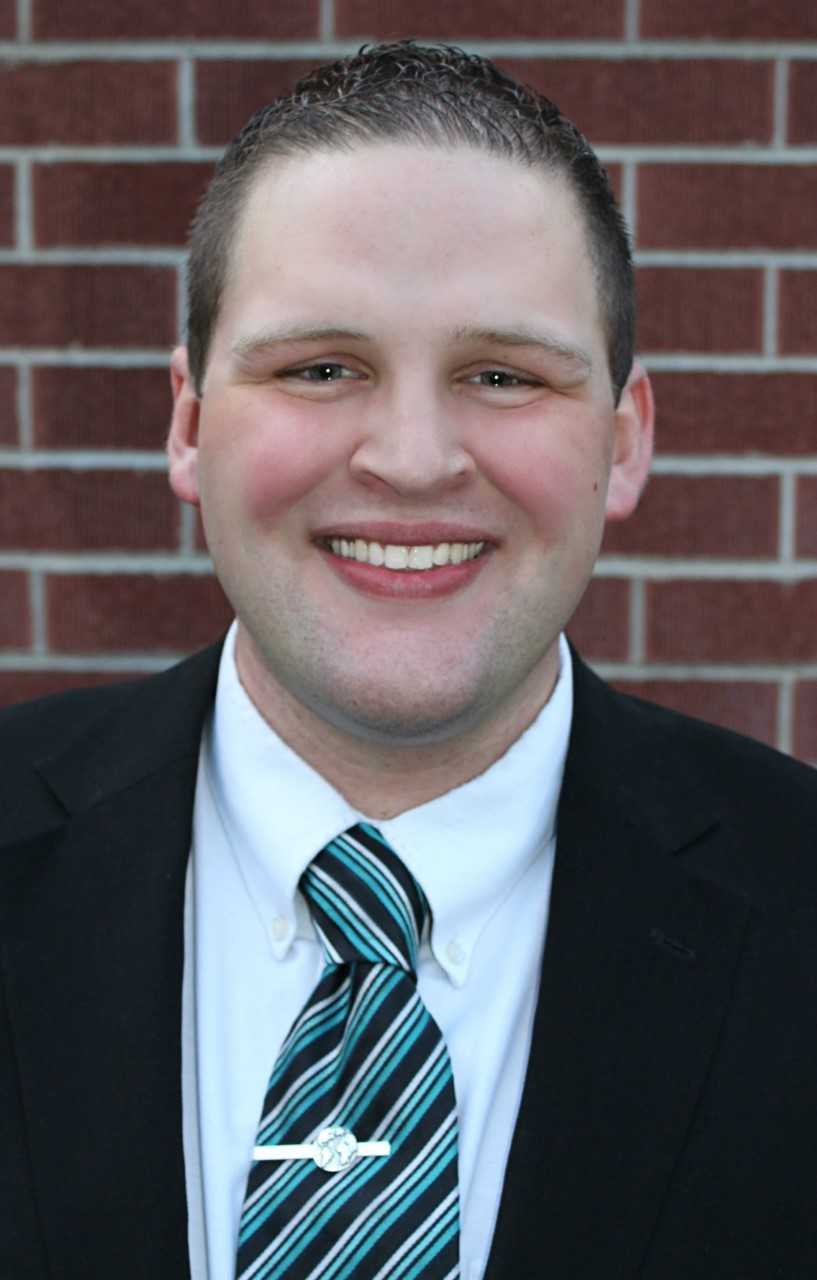 Bjorn Jones is a native of Sandy, husband, and father of two. He is currently completing his final year of law school, and prior to this was a Spanish teacher at a local high school. His primary goal is to reform the system to restore a greater integrity to our political system, and promote changes that strengthen all families, no matter their economic or social standing. 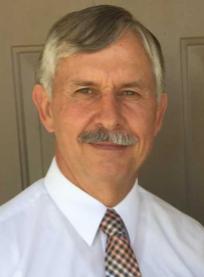 Steve Walston is running for the Utah House of Representatives in District 41, which encompasses Riverton and Bluffdale. Steve has been a CEO of a large organization, an educator, and a small business owner. He has two degrees from BYU and a doctoral degree from the Wharton Business School in the University of Pennsylvania. He currently is a professor at the University of Utah.

Steve’s family has lived in Utah for 6 generations. He and his wife I have six children and seven grandchildren. Together, they have served for the last two years with the African refugee and Hispanic populations in Utah.

Steve wants Utah to be an even better place to live for his children and grandchildren. He believes our political system has become too polarized and extreme. He especially desires to improve our education, healthcare and environment. Steve commits to work hard to listen, act, and represent Utah to create common-sense, practical laws.

Amy Martz is a long time teacher and student, graduating from BYU with bachelor's and master’s degrees in educational leadership, and has served as both a teacher and principal in many schools throughout Salt Lake County. She has also completed her Juris Doctorate and Master’s of Public Administration degrees from the University of Utah, and was recently admitted to the Utah Bar. Amy is the mother of four adopted children. 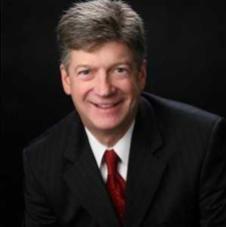 Mark Russell is a senior partner in the financial services firm, Retirement Strategy Group. He holds degrees in business from Southern Utah University and the University of Utah. He has served on several boards, including the Board of Trustees of Southern Utah University, as well as President of the SUU National Alumni Association. Mark was recognized for his service to SUU with an honorary Doctor of Public Service in 2016. He’s also been active in the Boy Scouts of America and was recognized for his service to Scouting with the Great Salt Lake Council’s Silver Beaver award. Mark and his wife, Jeri, are the parents of four children and seven grandchildren, and have lived in the same neighborhood for 40 years. 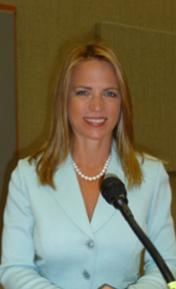 Michele Weeks is running for Utah State House District 51. This district covers much of the Draper area. Michele is a graduate of Townson State University in Maryland. She, her two sons, and dog Bernard live in Draper. Michele is running to help return power back to the people. She is a firm believer that our government needs to become more transparent and accountable as well as focused on finding real solutions for the people of Utah instead of partisan politicking.  Michele plans to promote policies related to improving education, infrastructure, healthcare, air quality, government transparency, and government accountability.

Michele is an active part of her community and has taken on a number of leadership roles to improve her area. She was elected to the Draper City Council in 2015 and believes that her experience as an elected representative of Draper has prepared her to serve the people of House District 51. Michele is also the vice-chair of the Jordan River Commission, a member of the Draper Tree Commission, the Suncrest Board, and the Mountain Land Commission. She has also served as a member of the Draper Park Middle School Community Council and the PTSA. Michele is committed to improving the experience of Utah teachers. With this goal in mind, Michele created and organized the annual Utah Teacher’s Appreciation Night at the Loveland Aquarium. This event is currently in its third year and seeks to show appreciation for the excellent work done by Utah educators.

Michele has a passion for improving her community, Draper, and Utah. Her expertise, experience, and abilities will be an asset for the people of Utah and House District 51. 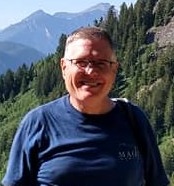 Robb Cundick has forty year of experience in medical software development and as he nears retirement, he hopes to continue to make a difference as a Salt Lake County councilman.  Tired of both major parties he has joined the United Utah Party which aligns with his goal of seeking compromise and working together. 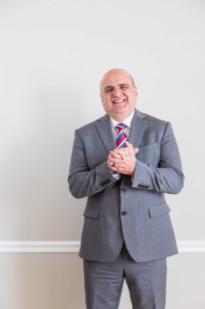 Lee Houghton is running for State Senate in District 15, covering parts of Provo, Orem, Lindon, and Pleasant Grove. Lee and his family moved to the west side of Provo in 1993 and have lived there ever since. He and his wife have been married for close to 31 years and have raised six kids. Six months ago the Houghtons were blessed to become grandparents for the first time!

Lee works for YESCO Outdoor Media as a regional account manager, and has been involved with Scouting for the last 20 years. He also worked on the Provo City CBGP committee for the last seven years, helping the Provo City council decide on distribution of HUD funds. Lee helped establish the Provo River Bike Patrol. Lee has been involved with the Central and Southern Utah chapter of the American Red Cross. Serving on the board and acting as the board chair.

Lee determined to run for office is because after becoming frustrated with our political climate. He is frustrated by partisan ideology that slows down our ability to get things done. He sees politicians building political resumes instead of “to-do” lists. Lee comes without any party baggage and has no intention of making politics a career. He wants to restore the connection between politicians and the people they represent. 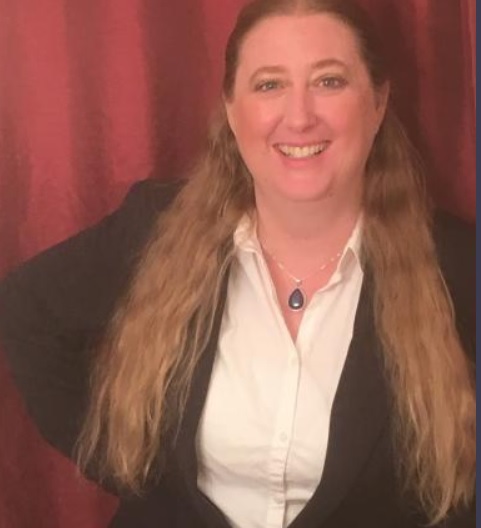 Hillary Stirling is a Pleasant Grove resident and received a BA in English from BYU and an AS in Paralegal Studies from UVU. She is currently employed with the law firm Mack and Associates. 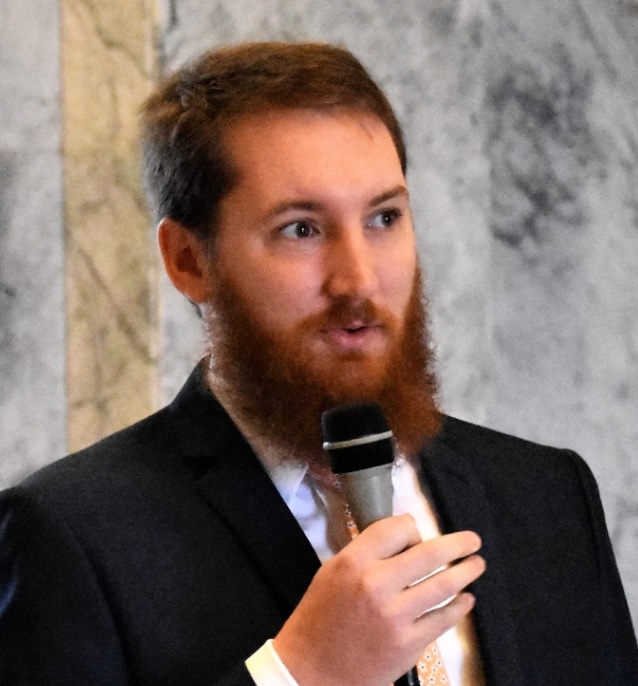 Eric Chase came to Utah for college and after earning a degree in Mechatronics Technologies, made Provo his home.  Eric has helped organize service projects, promote local non-profit groups, and represented his neighbors to city and state officials. 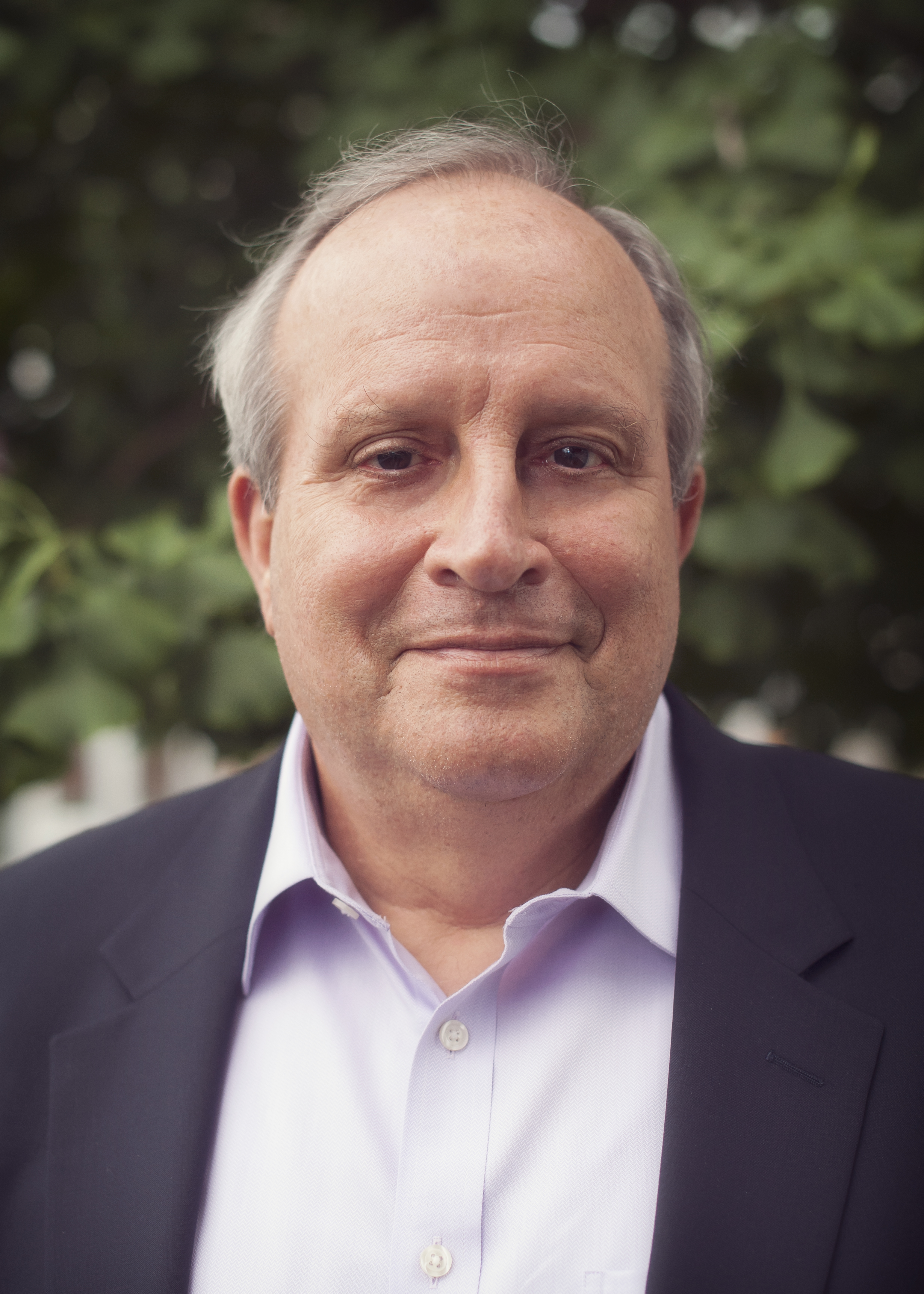 Hal Miller is a professor of psychology at BYU, having worked on the University’s faculty for 41 years. He earned his PhD in Psychology from Harvard University, and has previously served on the Provo City Council, where he helped to develop the Provo Clean Air Toolkit. 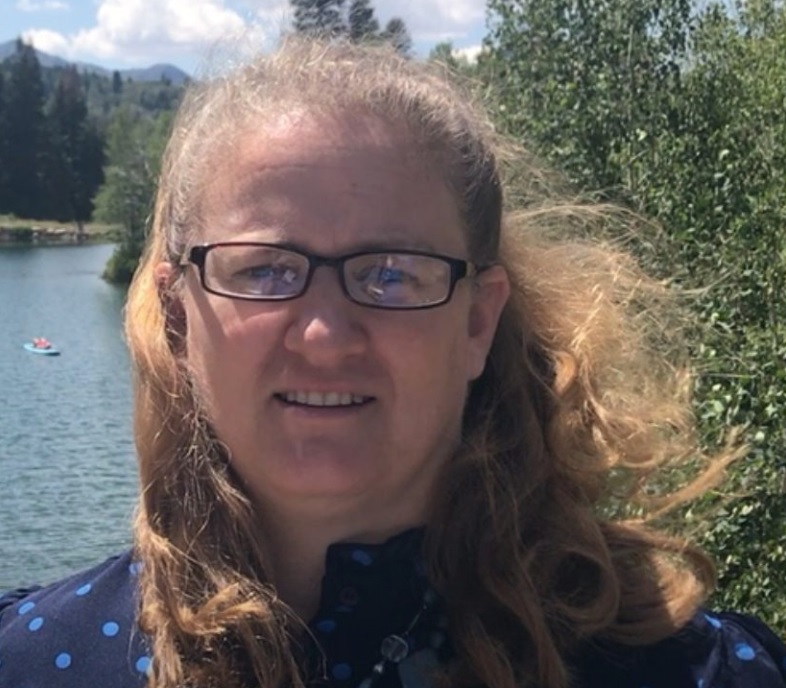 Teri McCabe, a Provo city native, has a Master’s and Bachelor’s degrees in Athletic Training from Brigham Young University specializing in Performing Arts Medicine. Teri is an active member of her community and currently serves as the Provo City Franklin Neighborhood Chair, is a member of Provo City Library Board, and volunteers for Franklin Elementary School PTA and Mormon Women for Ethical Government.