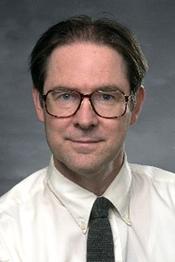 Meanwhile, the Democrats are on the outside. They have learned the lessons of observing Republicans, and particularly the tea party, over the past eight years. And they are ready to mimic them.

However, Republicans should not be too quick to criticize the Democrats’ current tactics. Many Republicans are likely to do the same thing once Democrats take over again in four or eight years. The cycle will be repeated.

Yet it need not be. Our political system was not always this way. There was a time when politicians were encouraged to work together to find solutions, regardless of party. Granted, they used electoral campaigns to offer alternatives to the other party. But once in power they were as likely to cooperate as conflict.

Such cooperation is difficult to achieve today. Intense partisanship is the order of the day. Neither side wants to end the cycle. If one side is criticized for being hyper-partisan, they blame the other side for starting it in the first place. The blame is widespread, as is the responsibility to end it.

Similarly, the end of civility is a problem both sides have created. There was a time when members of Congress could hold town meetings and get respect from constituents who came to ask questions and carry on an exchange of views with their member of Congress. Now, there is too much yelling, chanting and name-calling to conduct an intelligent conversation.

Democrats may view this behavior as the way to success. After all, the Republicans succeeded in doing it. But it is not. It only cheapens the process further and leads Americans to dislike and mistrust everybody in politics.

The way to gain the respect of the American people generally (rather than the approval of the extreme activists) is to find common ground and solve problems. That respect also comes through providing a reasonable, civil alternative to the current administration rather than acting as a dangerous mob unwilling to listen to anyone else.

Just as the tea party earned the disfavor of most Americans, so the Democratic version will suffer the same fate. Indeed, it is more likely that recent Democratic efforts to take over town hall meetings are engendering more disapproval than support. Democrats should oppose the new administration in areas where agreement is not possible. But they also should recognize that agreement is possible in many areas, and that civility goes a long way in achieving common ground and encouraging civic engagement rather than civic disgust.