The Choice for "Forward"

The Choice for "Forward"

In February of this year, I was invited to join an exploratory group that called itself “Citizens for a Moderate Political Alternative”.

We were Utah voters who were frustrated by the direction the politics of our state were going. We were tired of gridlock, bickering, and unsolved problems. The name of the group didn’t stick, and we soon morphed into a political action committee called United Utah. Our goal was to determine whether a new political party that was focused on centrist ideals would be viable in the state. After commissioning opinion polls and focus groups, we “pulled the trigger” and announced the United Utah Party in June. We completed every requirement for forming a political party and had our first organizing convention on June 17th. 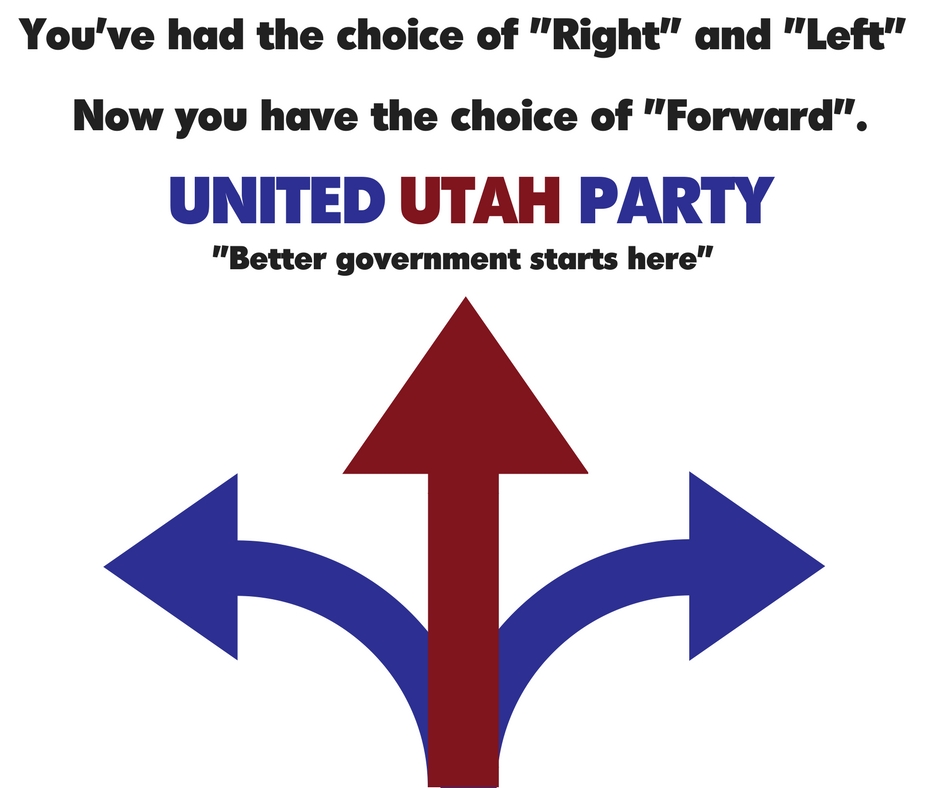 Our platform is mainstream and intentionally non-ideological. We believe that, with the widening political divide, lasting solutions are found in the common ground between extremes, with input from all sides. We want to offer candidates a chance to speak for themselves and appeal to voters who think for themselves.

We recognize establishing a new party is an uphill battle. As I talk about this enterprise, though, I find people are usually sympathetic, most agree that this sort of change is needed but many are dubious about the likelihood of our success.

I have friends who tell me that they know their old party is repelling moderate voters but would rather change their parties from the inside. That is like putting new wine in an old bottle and I don’t see that happening. The Utah Republican Party is power-drunk and the Utah Democratic Party has painted themselves into a corner.

The time has come for a new structure, founded from the ground up on principles of collaboration, cooperation, and compromise to maximize effective, beneficial public policy – in other words, statesmanship.

For every nay-sayer I encounter, I find many more people who are willing to support us (sometimes financially :), but at least by sharing our message) and a few have jumped in with both feet. It’s exciting to see the growth and that gives me hope that this party is quickly becoming a movement with the potential for great momentum.

Join the movement now. It’s more fun to be on a ship that sails than to watch it move away without you.  The view from the bow of the ship is the best; join us and see what we can do together!