A woman I met recently called herself a “strong moderate.” I told her she fit in our party. We are looking for passionate moderates. Those are people who are tired of being forced into one of two increasingly extremist partisan camps and they are ready to do something about it. 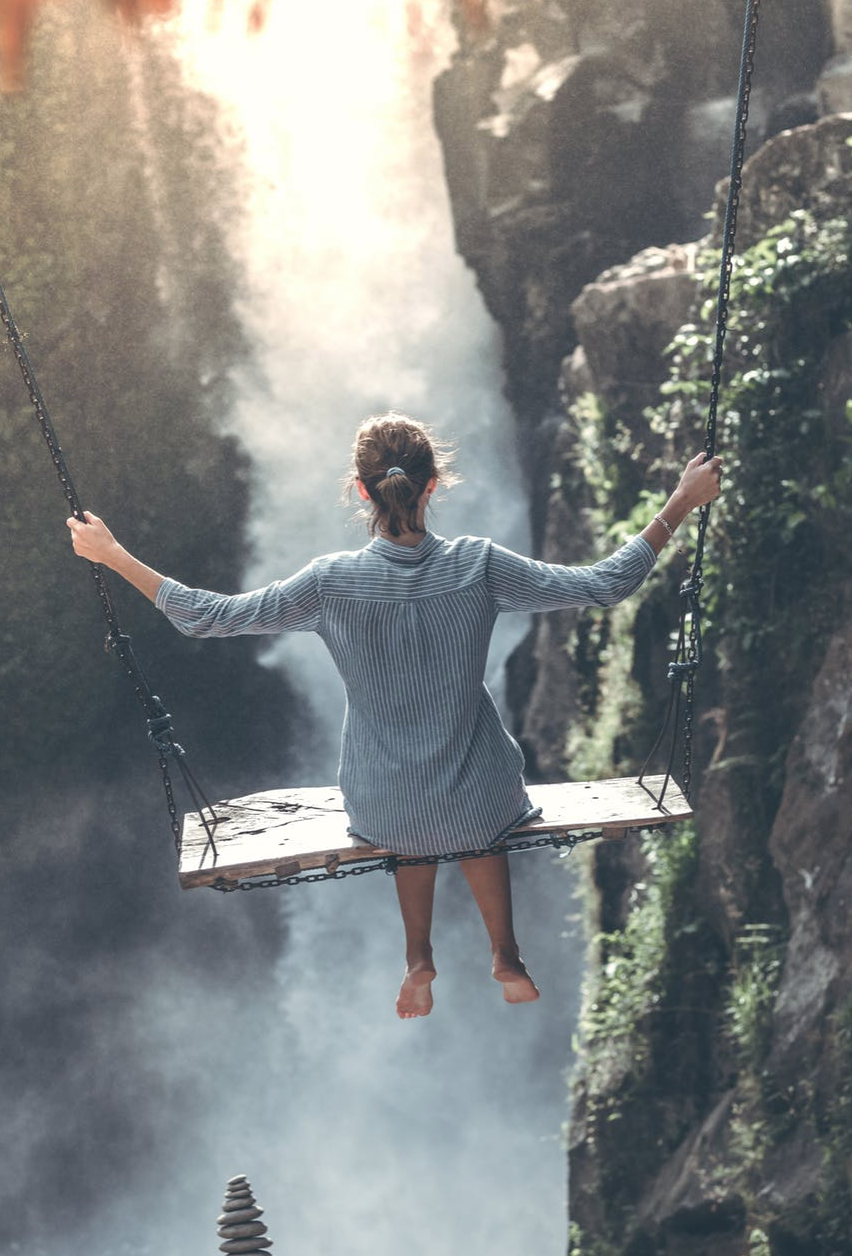 Come to the events listed in this newsletter. Support the party and our candidates at these events. 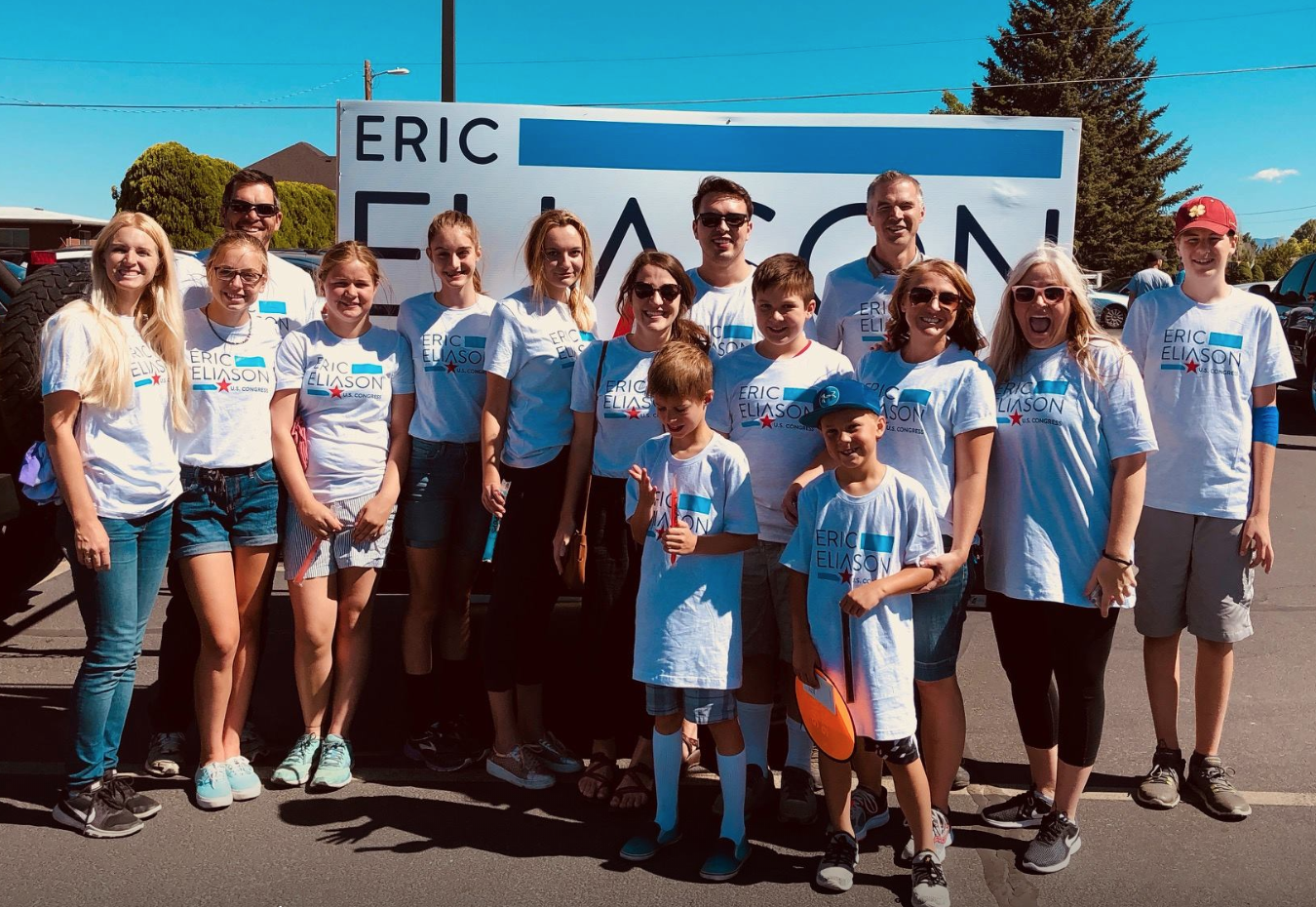 Donate to the party at unitedutah.org/donate. The money you donate goes to social media and billboards, signs, and literature. Help us inform more Utahns about the new alternative they have. Spreading the word is how we gain strength and momentum. 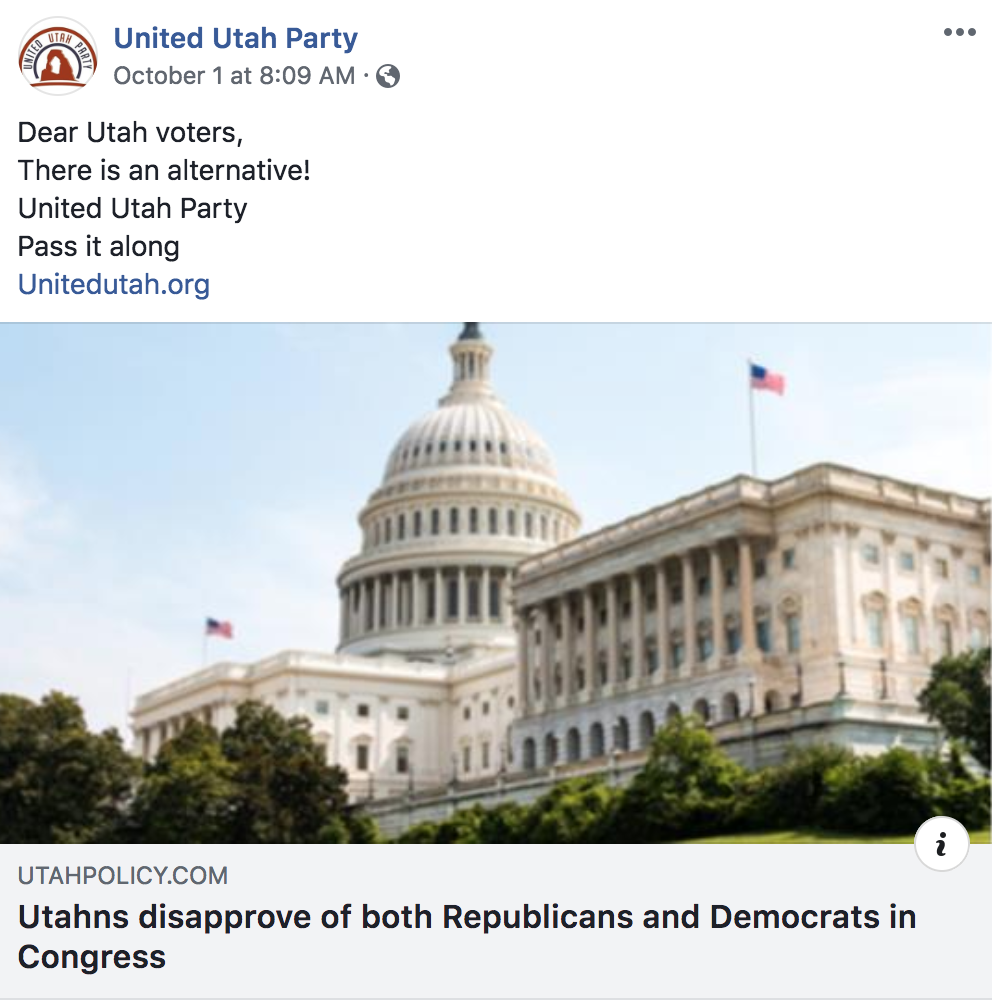 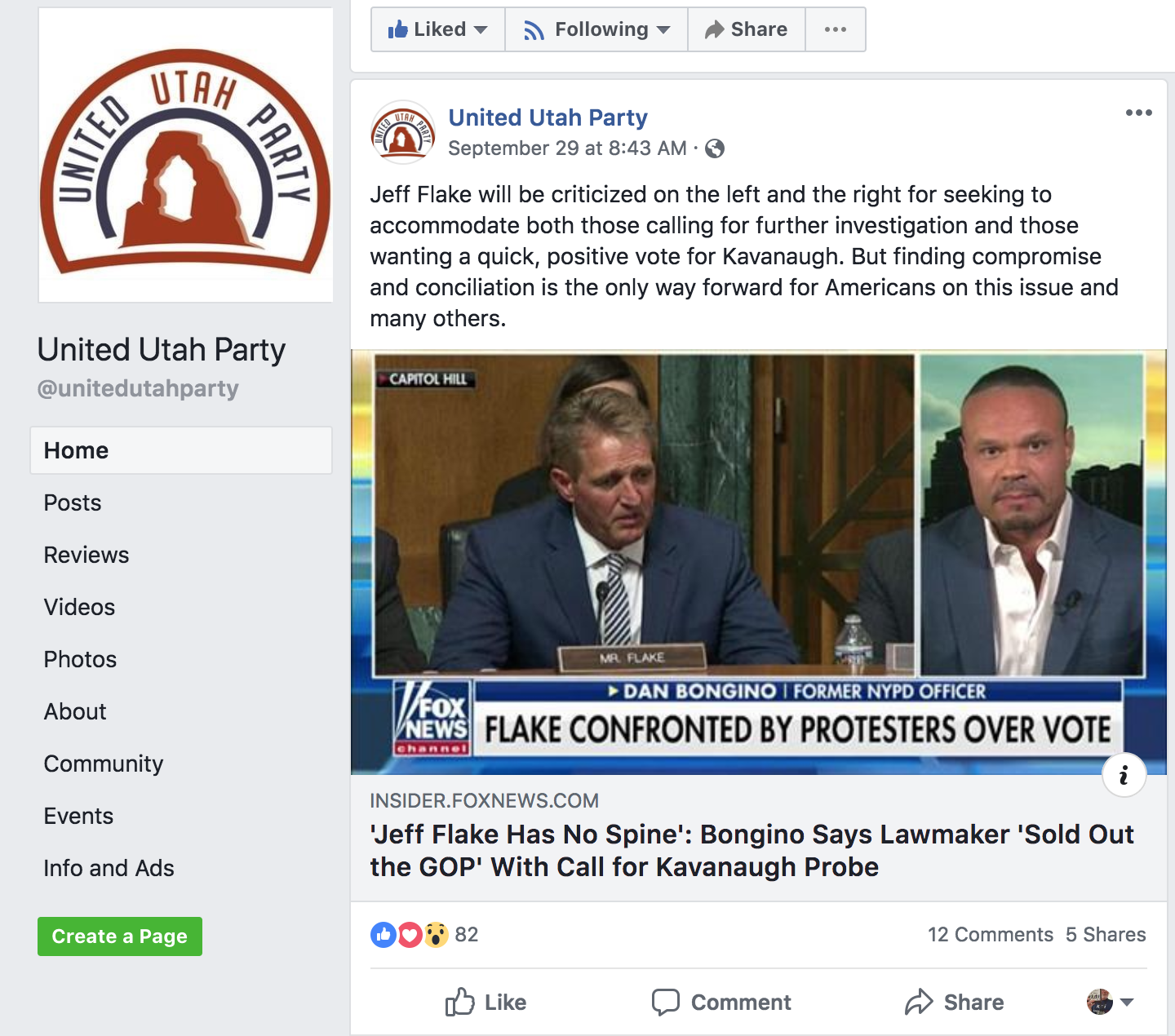 Write letters to the editor or comment on various websites and blogs telling more people about the party.

You do not have to stand on the sidelines and watch politics in frustration and disgust. Time to Meet Our Candidates

pictured in above order

Come join us for our official, big "meet the candidates" bash for the United Utah Party.  Let's give them a big boost as we head into our voting season.

This event is open to both the press and the public.

We have more candidates running in Utah races than any party other than the Republicans or Democrats. This is a great opportunity for voters to learn more about them and discover a party that reflects the mainstream of Utah voters.

The event will include an opportunity for the candidates to discuss the UUP’s recently announced legislative agenda, along with other issues that are important to voters. We’ve gotten very specific in terms of establishing our priorities.  When voters discover they have a real choice, they get very excited.

The fact that we have so many candidates - and not just names on ballots but candidates putting in significant time and resources into reaching out to potential voters - is very heartening for a brand new party like ours.  In fact, it's unprecedented. It shows how strong the demand for change from the status quo truly is.

We'll have the chance to show many in the state what high-quality individuals we attract to run under our unifying banner.

Time to Flip On Term Limits

I have been on the fence about term limits in the past. After all, once a legislator, member of Congress, or other elected official takes office, they learn so much! They are exposed to many points of view, possibly very convincing and different from their own predispositions. It makes sense that they would govern with the wisdom of experience. Therefore, I have been hesitant to throw every seasoned statesman overboard. The turmoil in Washington, DC regarding Supreme Court confirmation has demonstrated what is at stake. The partisan divide, in this situation, has not only deprived Dr. Ford of her privacy and Judge Kavanaugh of his reputation, it has resulted in loss of public decorum among senators, escalating tit-for-tat tactics in the confirmation process, and, I fear, loss of trust in the balance of power among the branches of federal government. The comments of Senator Jeff Flake on 60 Minutes this week was very telling. When asked if he would have been able to ask for a weeklong FBI investigation of the claims against Judge Kavanaugh, had he not decided not to run for re-election this year, he said, “No.”

No, he wouldn’t have been able to make a measured and common sense decision. Partisan retaliation would not have allowed him to make a wise choice.

How many other policy makers are bound by the highly charged partisanship of the day?

How many better decisions might be made if a greater number of members of Congress knew their term of office was ending?

Would we be facing government shutdowns multiple times over a year? Would we have better environmental protection? Would Congress be able to consider moderate regulations on firearms? Moderate immigration reform?

I am still convinced that lifelong terms for Supreme Court justices make sense and should make the Court immune to the wild swings of partisan opinion. However, term limited officials, who confirm the justices or make other critical decisions, would be freer to act upon their own understanding, rather than acting to please party leaders or serve special interests. If all members of Congress had term limits, they would be freer to act for the long-range good of the country.

The public doesn't like the intense partisan polarization.  The United Utah Party is a concrete way to make things better. 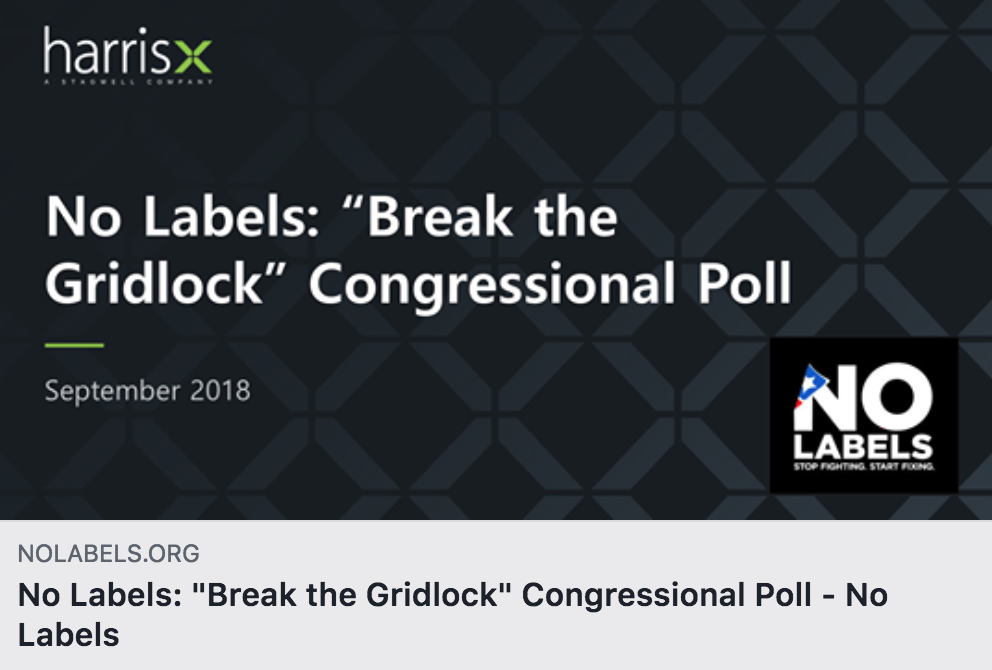 Click here to read the poll results.  To see the names of the 19 members of the Problem Solvers Caucus in the House who have committed to withhold their vote for Speaker of the House in January if the Speaker does not support the "Break the Gridlock" rules changes, click here.  Depending on the election results, more may join to form a more powerful block. There are presently no Utahns among them.

For a better understanding of these rules changes, which are designed to lower the partisan polarization and allow real solutions to happen, click here.

This past Saturday, the United Utah Party hosted a Housing Affordability Summit. Kent Norton, a former KSL personality, served as the moderator, and panelists at the summit included Dejan Eskic from the Kem Gardner Institute at the University of Utah, Urban Planning Professor Michael Clark from Brigham Young University, Tara Rollins of the Utah Housing Coalition, Jeff Southard of the Utah Homebuilders Association, and Zach Schofield, a research analyst with the Sutherland Institute. Their presentations focused on different public and private efforts to make housing affordable in the state of Utah.

Also in attendance were Rep. Becky Edwards (R-North Salt Lake) and Rep. Joel Briscoe (D-Salt Lake City) of the Utah House of Representatives.
“To tell the story of who we’re talking about, who are these folks [who need affordable housing], they’re our children. They’re our grandchildren. They’re our neighbors who simply want to have a place to live,” Rep. Edwards said in her presentation. “And if we want the type of economic expansion in our state that we know we’re in position for, we know that we’re going to need to do this, but we’re going to need to do this in a responsible way.” 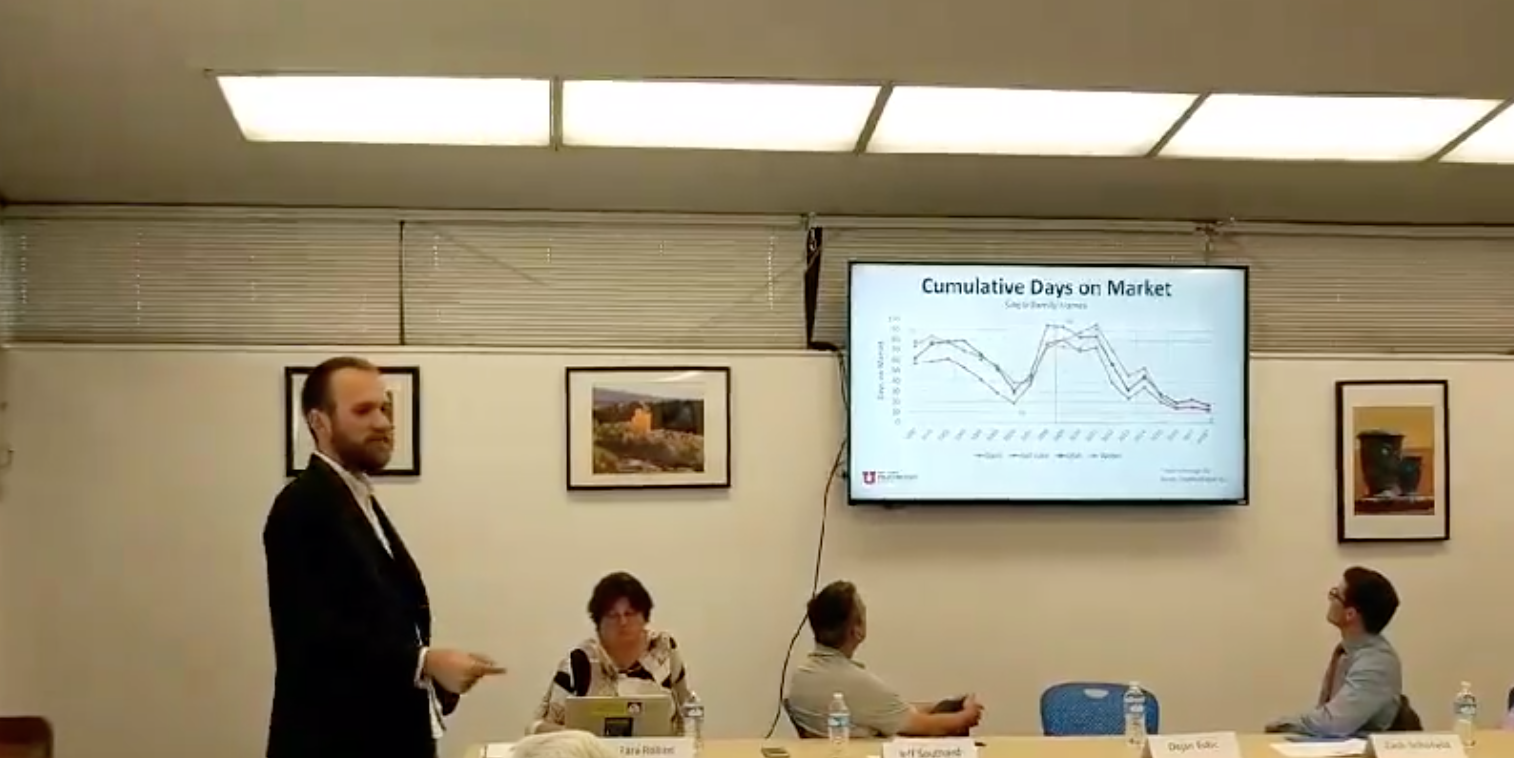 Rep. Briscoe agreed, and he discussed proposed legislation he and Rep. Edwards were sponsoring for a $100 million bond to create more affordable housing opportunities. He quoted House Speaker Greg Hughes’s comments about how affordable housing was a huge challenge coming to Utah.
“My only quibble with [Speaker] Hughes is that it's not something that’s coming,” Rep. Briscoe said. “It’s here now."
“It was really encouraging to see so many people spend a lovely Saturday afternoon coming to a discussion like this,” said Richard Davis, United Utah Party Chair. “It shows that this is an issue that is important to Utah voters and to our candidates.” The United Utah Party has fifteen candidates running for the State Legislature, many of whom were in attendance at Saturday’s summit.