The state fair is over. Thousands of people walked by a booth where they took fliers, talked with volunteers, watched their children play a fishing game, and learned more about the United Utah Party. We made a splash with the kids (sorry for the pun), but also with a lot of adults. 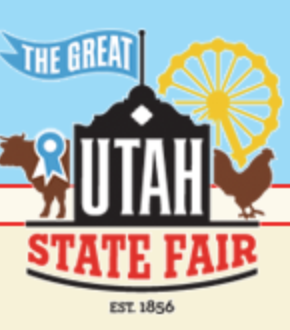 Thank you to Catherine Eslinger, Jennifer Bryson, and Nils Bergeson for their work in creating, setting up, and taking down the booth. And thank you to the many volunteers who staffed the booth during the week. For those who didn’t get a chance to volunteer at the fair, here is another opportunity. Candidates are out canvassing and would like your help. If you can help walk with a candidate sometime in the next few weeks, please contact Lexie Corbett at [email protected]. Or, if you want to help, but can’t do that, please donate so we can buy fliers we can hand out to voters. You can do that at unitedutah.org/donate. 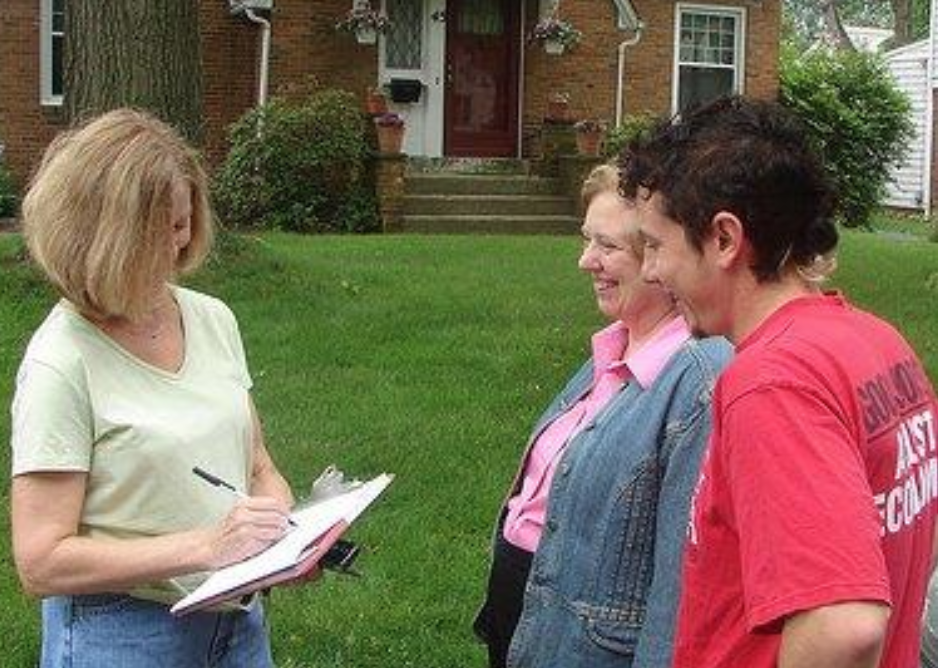 One reason a party of the center has been considered impossible to sustain is not that most people disagree with the views of such a party. That is not the case. Rather, it is the fear that moderate people lack the passion to sustain such a party.
Is that true? I hope you will prove them wrong.
- Richard Davis, Chair

My Crazy Career in Canvassing

The year was 2014.  The political problem-solvers group No Labels wanted to support candidates who were committed to working across party lines to actually get things done in Congress.

As Richard Davis has just done (above), No Labels put out a call for supporters -- this time to come to Aurora, Colorado, to canvas for a Colorado congressman and a Colorado senator who needed some help.

I had never done anything that would put me on the front lines of political action anywhere, let alone in Colorado neighborhoods, where I had never spent any time.  I wasn't inclined to do it, but then I asked myself, "If not now . . . when?  If not me . . . who?"  We needed to keep our problem solvers in Congress.  So I took the plunge and flew to Denver.

Once on the ground, I worked for two days with other volunteers and some staffers, knocking on doors, extolling the virtues of problem solving across party lines, and asking voters in suburban neighborhoods to vote for the favored candidates.

Sure.  There were some moments of excitement.  Some emotions were expressed.  But as I flew home, I felt exhilarated.  I had conquered my fear of the unknown.  I felt that I had made a difference.  I would do it again.

How about you?  Show your passion!

FYI.  We will start this Saturday in House District 57, where we'll be helping Hillary Stirling canvass two precincts in American Fork. We'll likely be canvassing in Sandy on the 29th of September, with more dates and districts to be confirmed.  Sign up now. 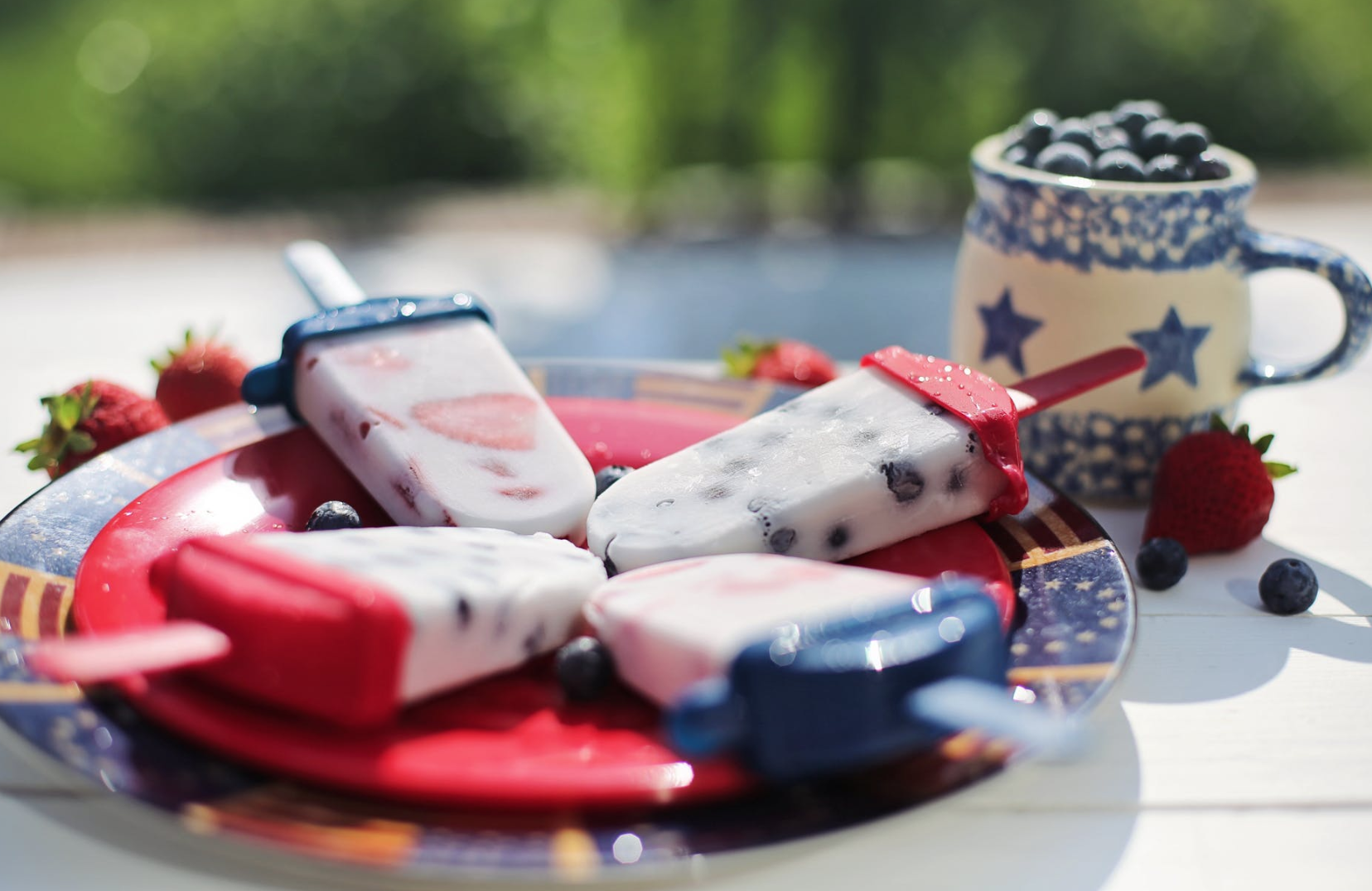 Come join us for our Family Fundraising Social at Lindon City Park on Saturday, September 29th from 4:30 to 7:30 pm. There will be ice cream, games, and the chance to meet your candidates running for office. Mark your calendars today! 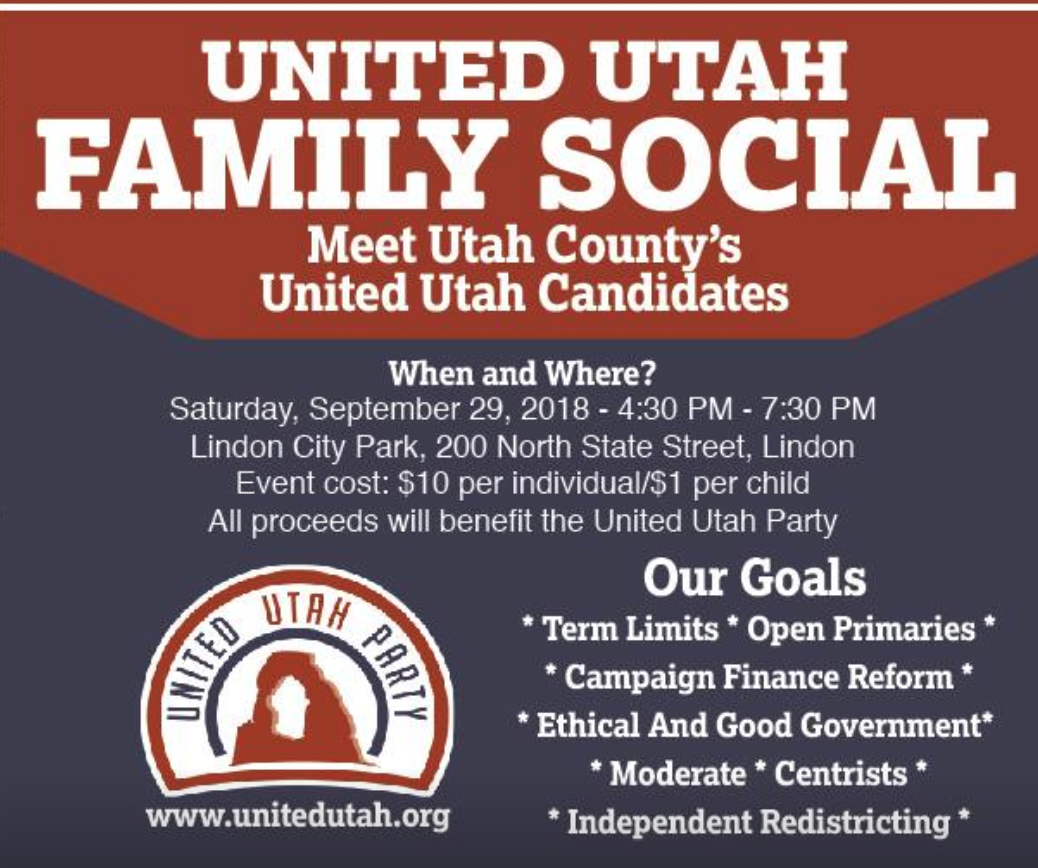 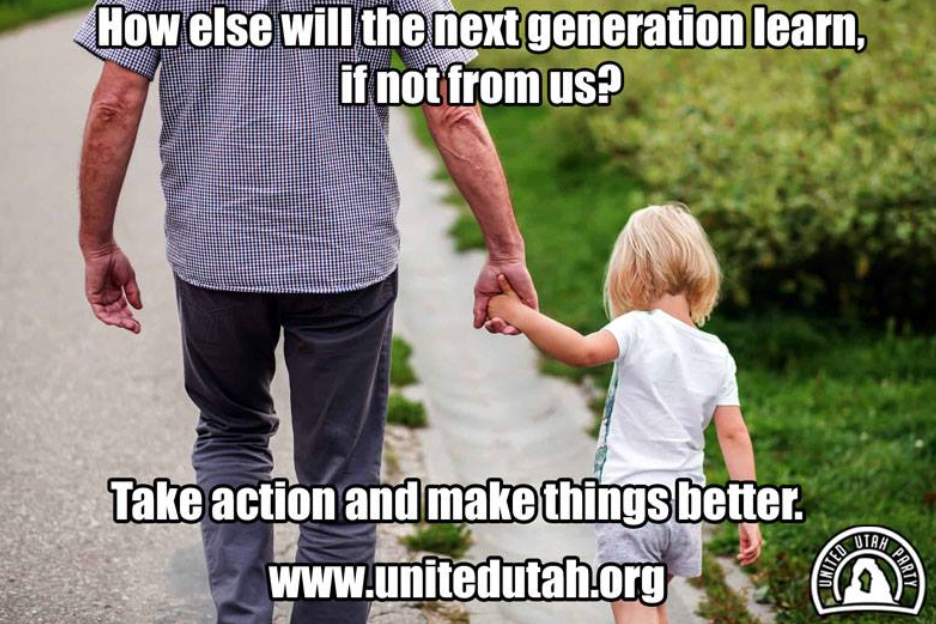 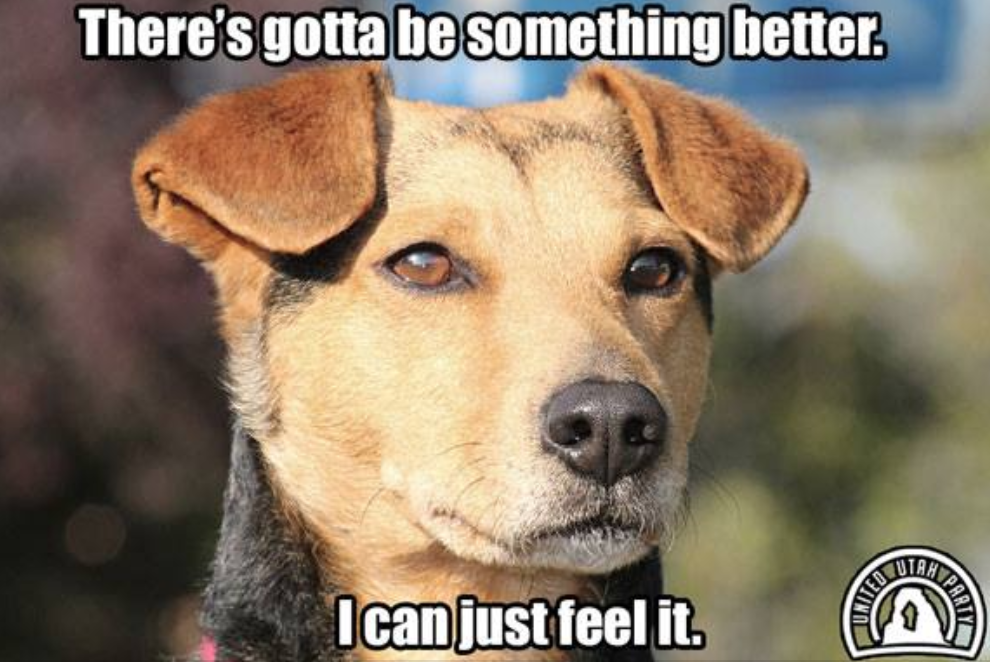 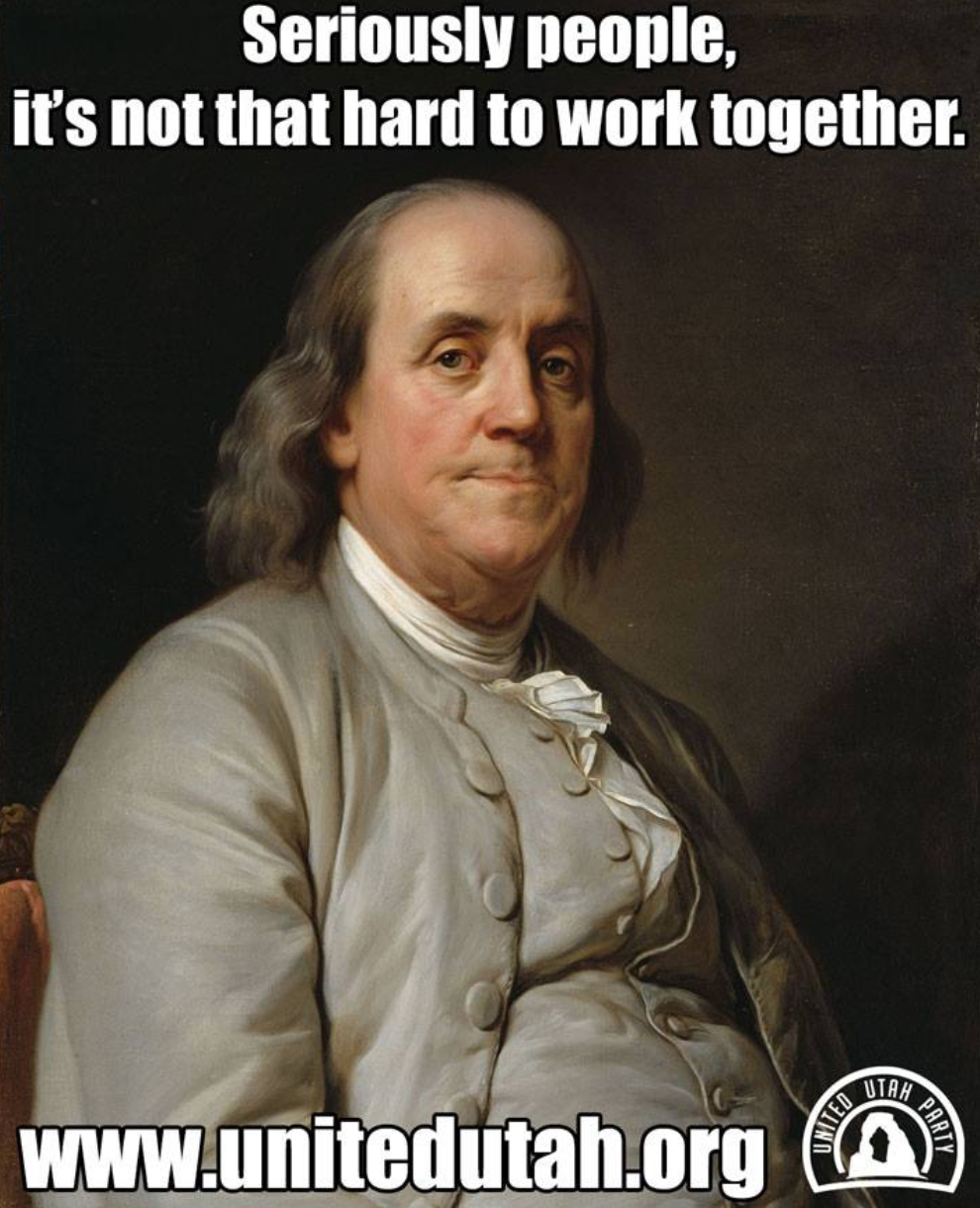 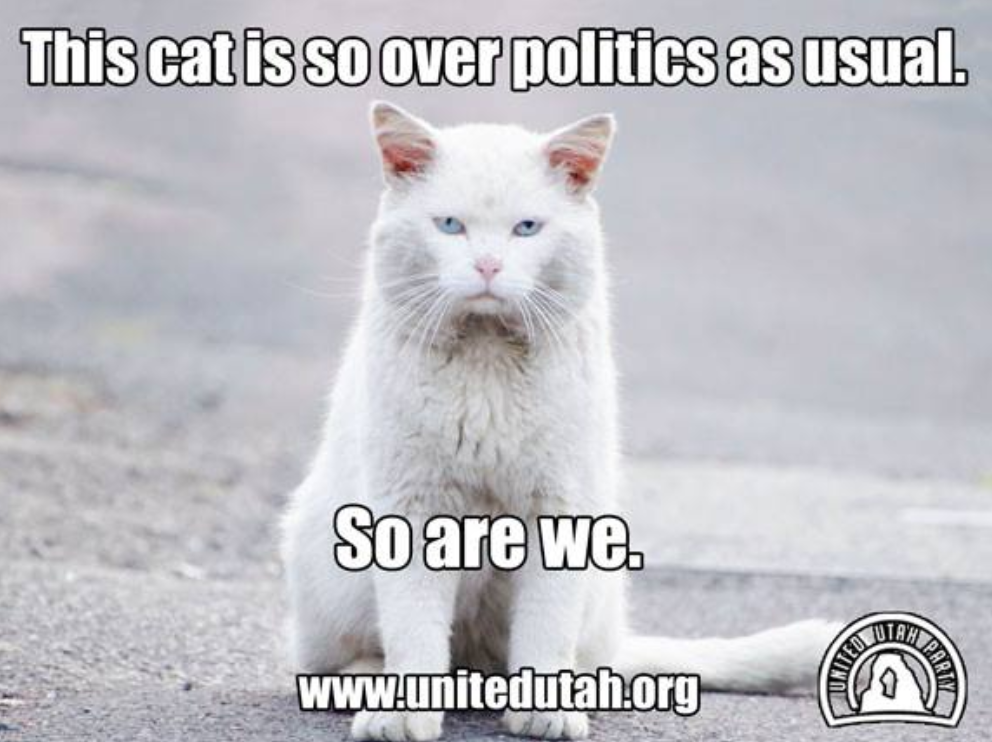 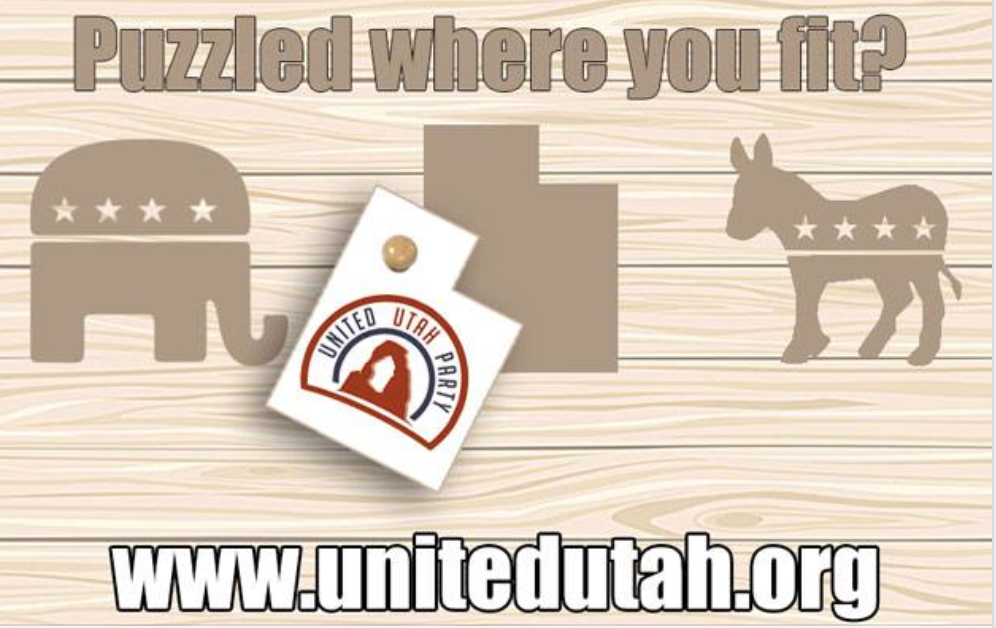 The United Utah Party is holding a Housing Affordability Summit.  29 September at 1:00 pm

"Many people think of 'housing affordability' as a problem faced by the homeless and indigent; however, it is clearly becoming a challenge for many young families and seniors on fixed incomes,” said Deon Turley, the United Utah Party Secretary who planned the event. "It will affect more and more people, if trends continue.” 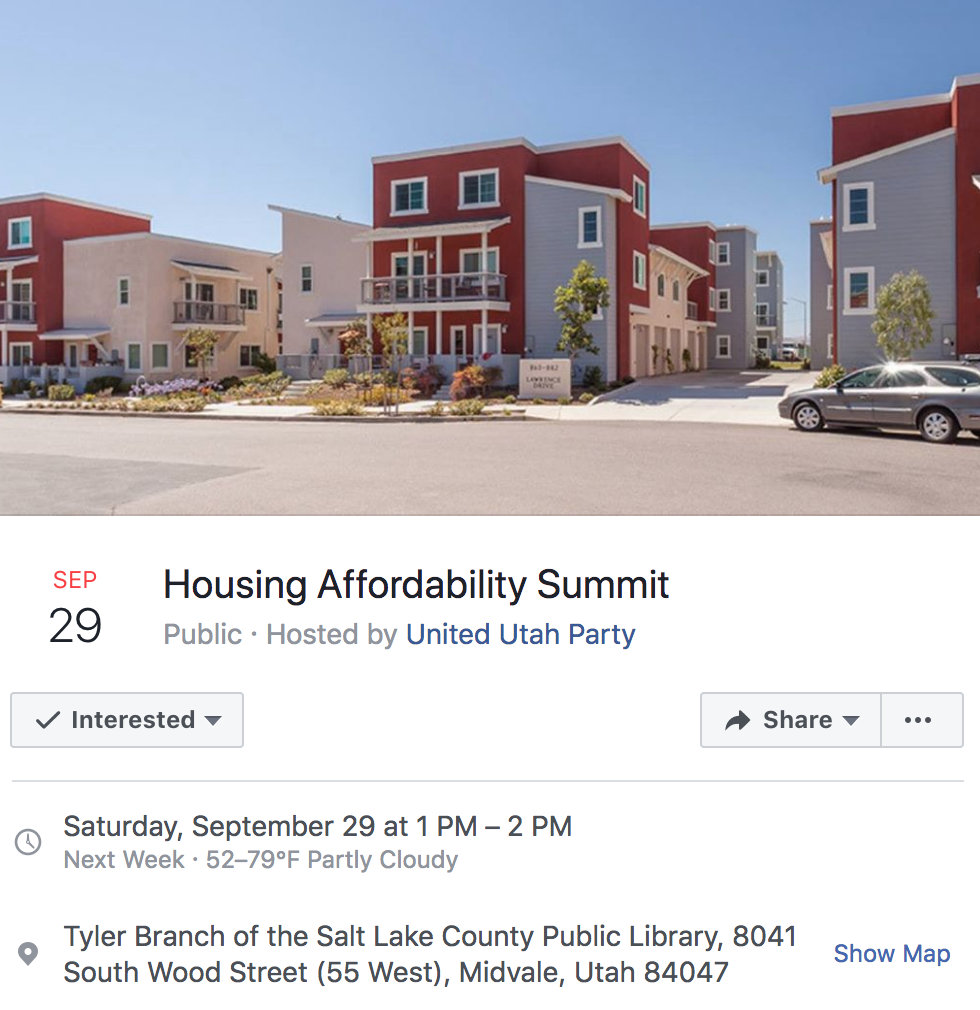