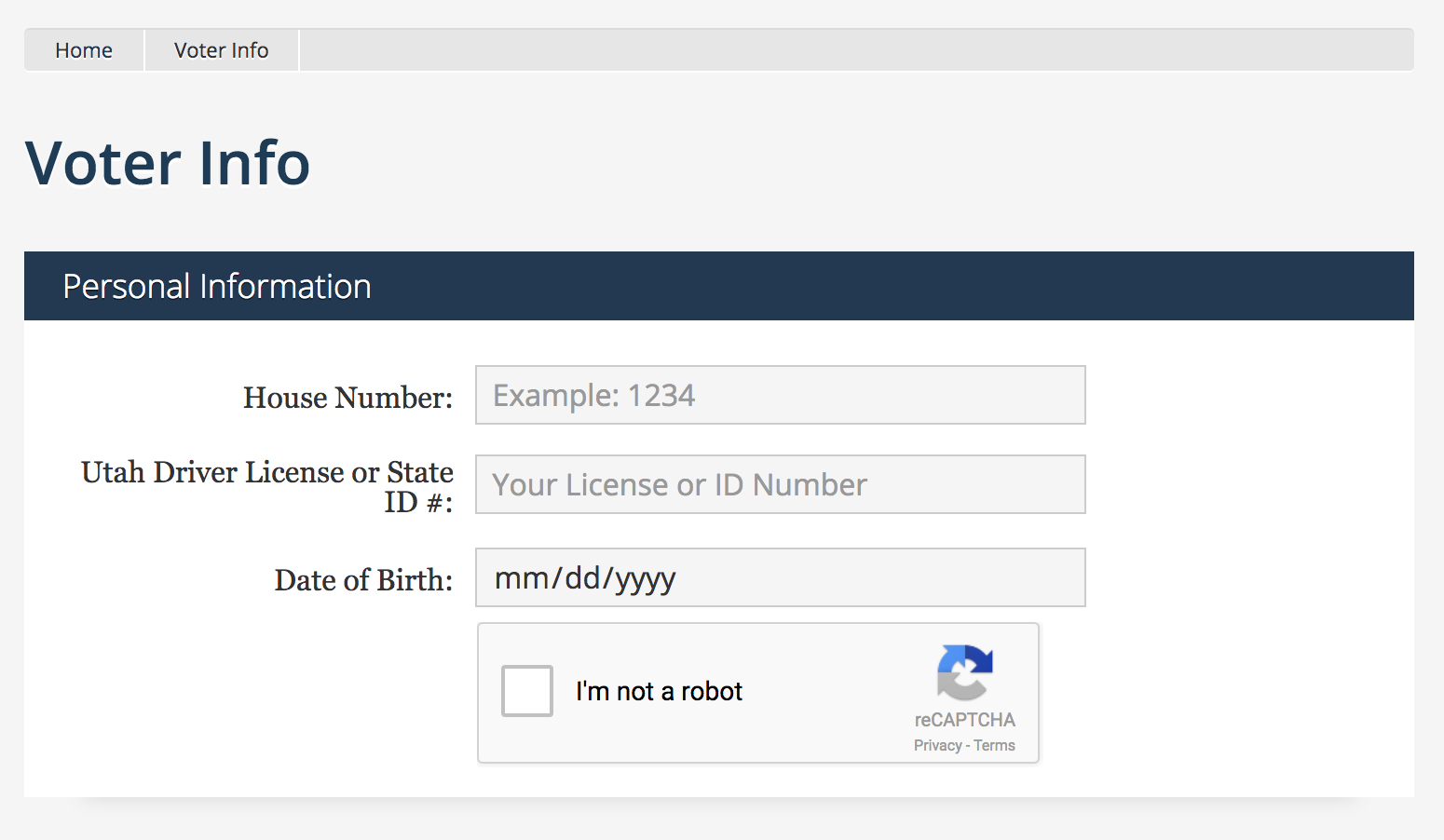 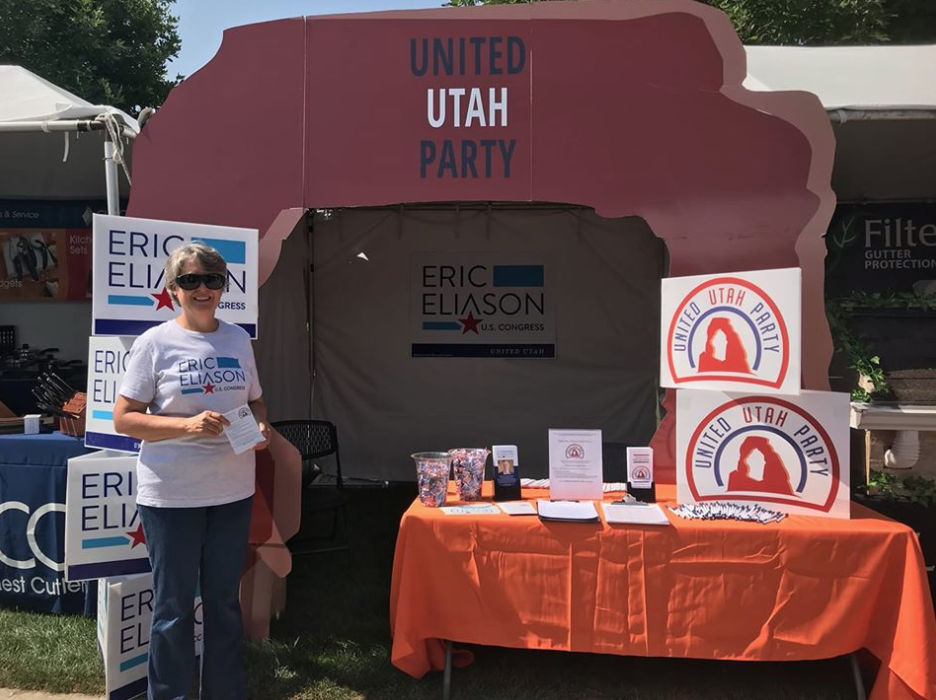 As you all know, the UUP has been organizing for this election year for many months.   But the election campaign will not begin for voters until at least September.  As we begin this campaign to elect our candidates, it may be a good time to pause and consider what has been accomplished.

Our success in such a short time should be a cause of celebration for Uniters.  One measure of that success is the number of candidates we have running on our ticket this year.  Even though we are barely a year old, we have more candidates running than any other non-major party in Utah.  That includes parties that have been in existence for many years such as the Constitution Party, the Libertarian Party, and the Independent American Party.

Our 18 candidate numbers also far exceed what other similar parties (all of whom are older than we are) have done in other states.  The Independent Party of Oregon is fielding 10 candidates for state and federal offices.  The American Party (a centrist alternative in South Carolina) has nine candidates running for various positions.  The Moderate Party in Rhode Island has three.

Also, thanks to the generosity of our members, the UUP has raised nearly twice what all the other minor parties in Utah have raised as of the end of June.  That does not even count the $20,000 we just raised in our fundraising blitz.  Thank you for your generous contributions.  They are putting us well beyond typical minor party status and allowing us to support our candidates and get our message out in various ways. 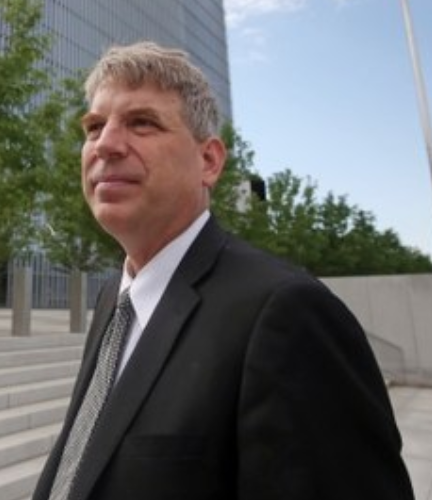 Clearly, our actual support is much larger than our registered membership.  For example, last year the party had only a couple hundred members when Jim Bennett got the vote of nearly 14,000 voters in the Third Congressional District.  And earlier this year, when the party had about 400 members, over 900 people turned out for our party caucuses.

But, help us grow our party by increasing our membership.  Please register with us and tell your family members, friends, and neighbors that there is a new party in town - one that more closely reflects their views and is dedicated to uniting rather than dividing Utahns.

Thanks to all who have contributed to our success.  We have demonstrated that we can break through the gridlock and offer a new alternative to our polarized political system.  Now we just need to elect these wonderful candidates!

Unite!  Register with Us!

Maybe you wanted to vote in the Republican primary, which requires party affiliation to participate.  If so, that's over and done.  Or maybe you have been stuck by tradition and just weren't sure you wanted to change.  Or maybe registering your affiliation with United Utah sounded like too much work.
Whatever your reason, now is the time for all good women and men who long for a fair, reformed government -- unbound by partisan bickering and gridlock -- to come to the aid of our new party.
It's easy . . . really.

Even if you think you have already registered United Utah, please check your record by clicking here.  Click on the "Voter Info/Track Ballot" folder and enter your information.  At the bottom of the resulting screen, you should see this

If you don't see this, go through the registration process again.

Great Candidates YOU Are Supporting 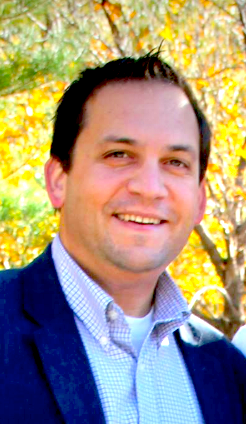 If you are looking for a polished politician running for Congress, don't look for Tim Zeidner.  That's just not him.

Not that he doesn't understand the issues.  Tim is the director of research and evaluation at the Missionary Training Center in Provo.  He has a Ph.D in educational policy, leadership and organizational theory from Vanderbilt University. He knows his stuff.

Tim is running to represent Utah in the 3rd Congressional District, shown in blue.  So, if you live in places like Orem, Provo, Springville, Spanish Fork, Price, Castle Dale, Moab, and Monticello, join in to support Tim and choose him on your ballot. 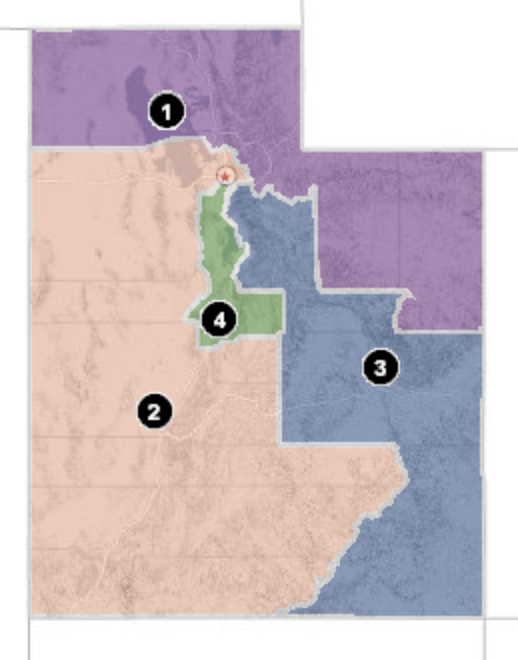 Tim felt disenfranchised by the major parties and wanted to find another path.  Not just a middle path but a way that would focus on reforming the process, debating the issues for the good of all citizens, and reaching consensus so that major problems could be resolved, not kicked down the road.  He wants to serve with gusto and sincerity and then go back to being a citizen, much like the  example set by George Washington.

To learn more about this selfless candidate, click here. 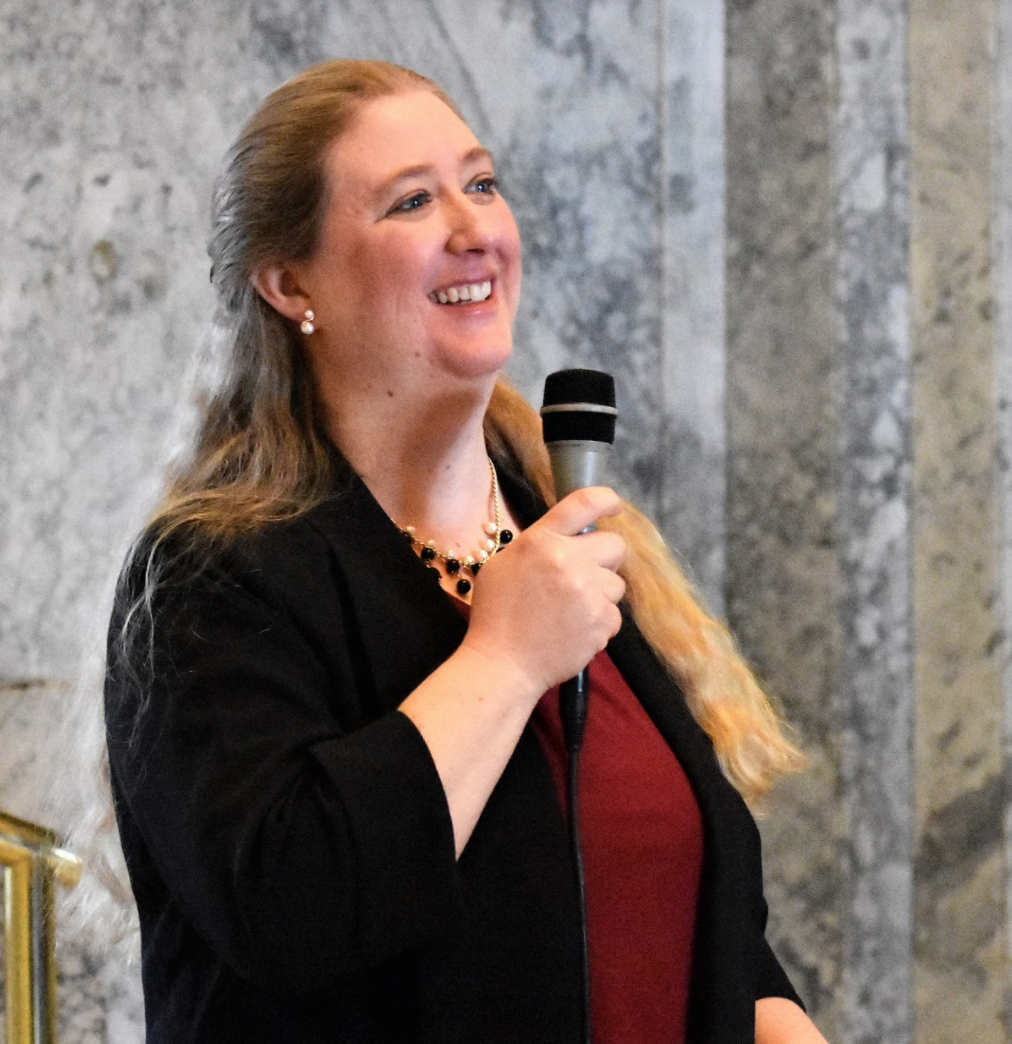 Our Hillary is sterling.  But make no mistake.  Her last name is spelled with an "i":  Stirling.

This outgoing native of Michigan came for school at BYU and never left her Utah "tropical paradise."

She is not running just to embarrass her 13-year-old daughter and 17-year-old son.  No, she is one of those locally-involved, caring citizens who realizes that her area needs action at the state level to bring about important changes.  She became heavily involved in a Pleasant Grove ballot initiative on how to fund the city.  But that local initiative did not solve all the problems.  She would like to join the Utah House to push for solutions.

Hillary is running in House District 57, shown below. 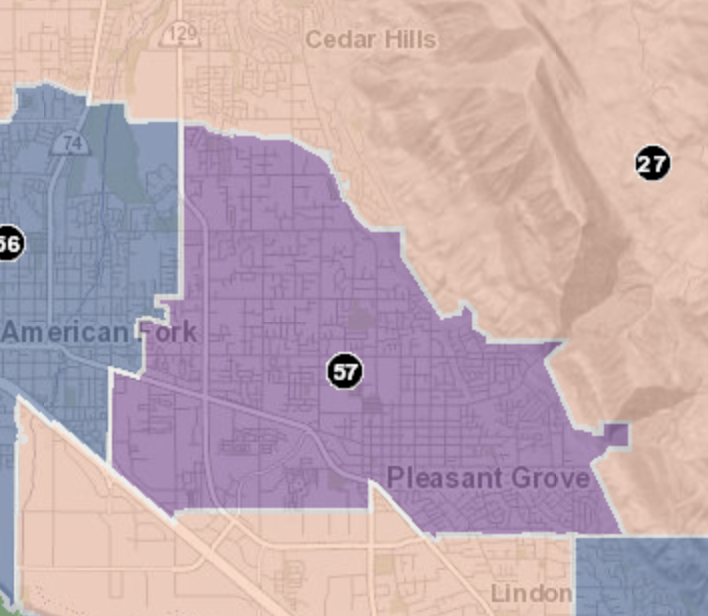 If you live in that area, please get behind her.  Go to hillarystirling.com to help her efforts.  Take a look at her Facebook page.  Her goal is to represent people, not parties.  She remembers well Ronald Reagan and always considered herself a Republican.  But then, like many of us, she became politically homeless by parties that changed their stripes.  Hillary found the United Utah Party to be ideal because, although it is a political party, it is moderate and it is focused on engaging, not enraging.  Because she is not beholden to a party orthodoxy, she can pull together people of diverse viewpoints to reach good solutions.

If you live in the area of Pleasant Grove and American Fork, look for Hillary to be knocking on your door or appearing at town hall meetings and service clubs.  Watch this to learn more about our Hillary with an "i."

To help the party elect our strong candidates, we need you to continue to

Want to help spread the word this summer? The United Utah Party will be hosting booths at two more county fairs and the state fair, along with our candidates. We need volunteers to help staff these booths. 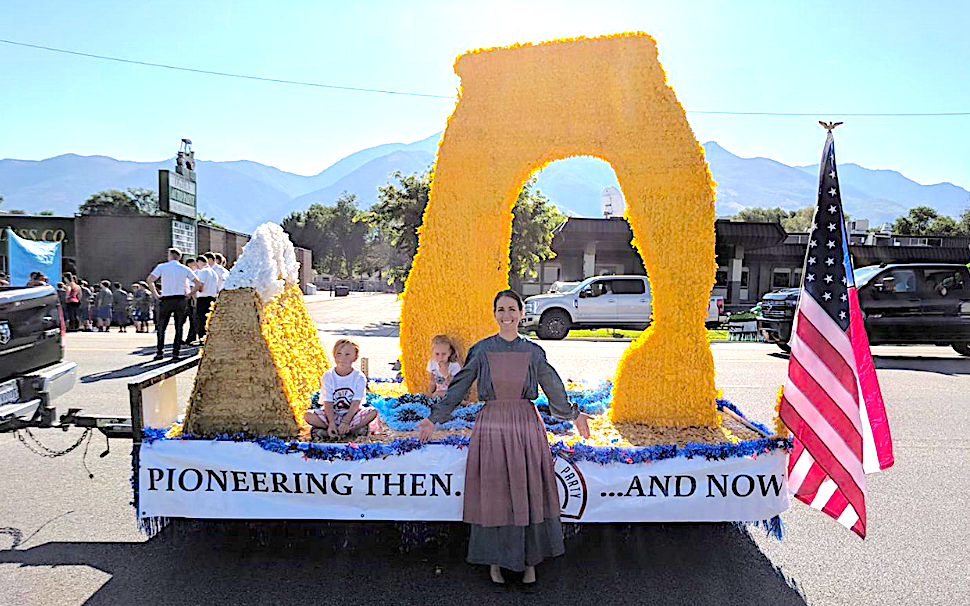 Have you ever even been in a parade?  Try it.  Bring a smile.  Volunteer to participate in Payson.

NDNRs (non-Democrats-non-Republicans) are gaining traction nationwide.  People are beginning to vote like they understand the toxicity of the battle between the two major parties that often leaves the American people with no good solutions.

A case in point comes from Washington state where Dr. Ann Diamond ran as an independent in Washington's top-two primary and won a spot on the November ballot, beating one Democrat and one Republican.  She will face off against another Republican to represent Washington House District 12.  This just shows that it can happen, and it did happen.  People will vote for our candidates if we call attention to them and to United Utah. 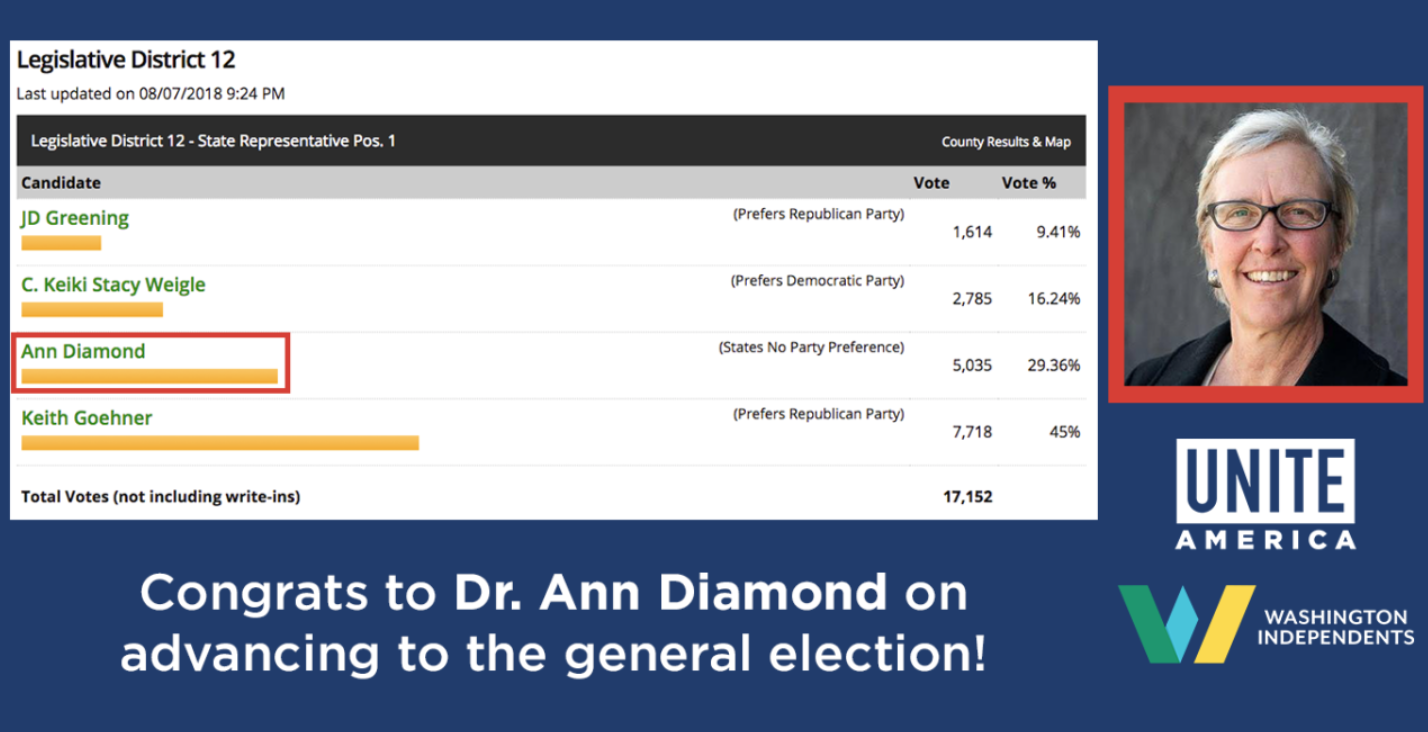 Please click here to take our summer survey!  If you do, prizes just might come your way!  The last drawing is 20 August.