The United Utah Party encourages Governor Cox and state legislators to find and present a legislative solution to the issue of the expansion of Bears Ears and Grand Staircase National Monuments before suing the federal government. These monuments need the stability of a bipartisan agreement so that they and the communities around them are not pulled back and forth by partisan decisions. 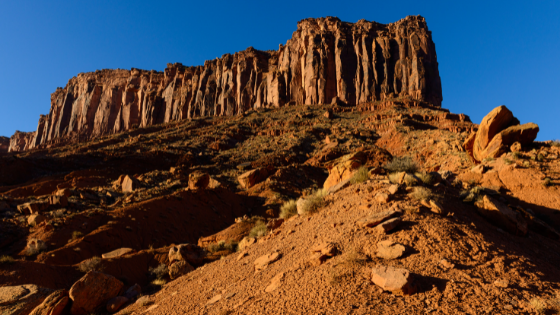 Despite ample opportunity to come to bipartisan solutions regarding the monuments, both Democrats and Republicans are using what should be cultural and national treasures for political gain. These areas need stability in the form of an amendment to the American Antiquities Act.


Three successive administrations have altered the boundaries of these monuments without adequate input from local and state leaders, leaving Utah communities in the lurch as they try to plan around these changes. An amendment to the American Antiquities Act that would establish a procedure for state and local input, in the form of public hearings and consultation with elected officials, will ensure that the voice of Utah's voters and legislators are considered when establishing national monuments.


"The opposition to this plan without a concrete alternative is needlessly partisan and does not help protect the monuments or ensure the land is used in a way that benefits Utahns," says UUP Chair Hillary Stirling.


The United Utah Party is an option for voters who want an alternative to the polarized extremes of politics. For more information, visit http://www.unitedutah.org.