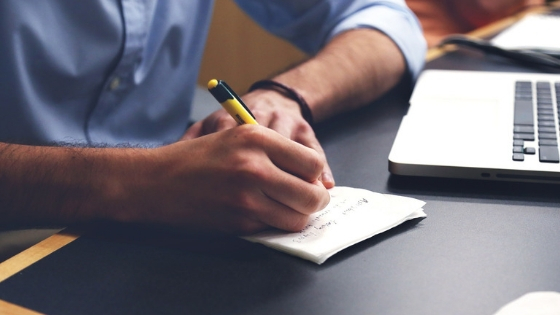 On May 4, we’ll be voting on the party platform at the UUP convention. Ahead of that, we’re deliberating on possible edits and updates. To make this process transparent and responsive, we are requesting input from all those interested in the future of the party. If there are questions or issues you think the platform should address, please send that feedback to info@unitedutah.org.

As you consider input you’d like to give please keep in mind the following guidelines:

The UUP is focused on the process by which our laws are made. We believe that good government requires transparency, fairness, and a robust and civil debate. We believe that public policy should ultimately reflect the will of the people. We don’t require candidates or members to agree on all important issues. That’s why we don’t, as a party, take rigid sides on most issues. Candidates can take sides, members should too, but the party doesn’t have a litmus test.

The UUP is not ideological. We ask instead that people come to the political process with good will and good faith. Being a Uniter means doing the listening and the hard work required to find common ground. We persuade when we can, extend a hand of friendship when we cannot, and we respect the voice of the people either way.

That is what sets us apart from all other political parties. Edits and updates to our platform must reflect this focus.

Posted by Jim Bennett · February 11, 2019 11:11 AM
UUP calls on lawmakers to respect the will of the people
SALT LAKE CITY, UT – The Utah legislature’s decision to pass SB96, which waters down key provisions of the Medicaid expansion approved by voters with Proposition 3, was criticized by the United Utah Party as insulting to voters, contrary to Utah values, and short-sighted.

“The voters sent a clear message they wanted full Medicaid expansion.  And the legislature replied:  ‘We don’t care what you want.’  And they did so with a two-thirds majority to make sure the public could not overturn them through a referendum,” said Richard Davis, the United Utah Party chair. “If anyone wonders why so many people become cynical about politics, all they have to do is look at what the legislature did to Proposition 3.”

Some proponents of SB 96 admitted they were philosophically opposed to giving health care coverage to poor people, which Davis called a betrayal of Utah values.  "The rest of the nation sees our legislature cutting Medicaid coverage to the poor and they must wonder about our attitudes towards caring for the poor and needy."
Other proponents of SB96 argued that the state could not afford full Medicaid expansion.  Davis called that kind of thinking “shortsighted."

“Lawmakers are ignoring the research that shows the economic value of a healthy populace,” Davis said. “When people have access to health care, they go to work and pay their taxes. So they’re not just ignoring people in need; they’re ignoring the long-term positive effect on Utah’s bottom line."

Davis predicted that SB96 is likely to erode voter confidence for years to come. “Utah already has one of the highest hurdles for getting an initiative on the ballot,” Davis said. “So in the rare instances when an initiative makes it on the ballot and gets approved by the voters, that requires a tremendous commitment of time and resources by thousands of people. And then to see the legislature water down the people's will? There’s no question we need to fight that arrogance.  That's why we formed the United Utah Party. “
Add your reaction Share

“If you’re happy and you know it clap your hands!”

The Legislature's Undoing of Medicaid Expansion is Based on a Lie

With the passage of SB96, the Utah Senate is hoping that Utah voters will swallow a lie. The lie is that they are actually trying to implement the Expansion of Medicaid that Utah voters required.

As always, false pretenses require false explanations. In this case, Senate leadership is hiding behind “fiscal responsibility”. “It costs too much.” “We can’t afford it.” They hope nobody will notice that a proposed alternative bill (HB-210) is actually more fiscally sound, costs less, and covers more people than SB96. HB-210 is currently blocked from coming to a vote. The leadership of the Utah legislature could honor the will of the people if that’s what they wanted to do.

Senator Allen Christensen, the sponsor of SB96, and the rest of the legislative leadership, represent a hard line ideological position. They do not represent the people of Utah. Like other members of the Republican Senate leadership, they are accustomed to unchecked power and do not feel obligated to respect the voice of the people.

If you want a representative form of government, the current Republican leadership must be removed. The United Utah party is gearing up to challenge a Utah political establishment based on hard line ideology and the arrogance of unchecked power. We need your support.

This article was written by Jared Oates. This article represents the views of the author and not necessarily all members of the United Utah party. We highly encourage all citizens to continue to research this and other issues to arrive at personal conclusions. Civic engagement and diversity of opinions are fundamental to the United Utah Party's unique approach to politics.

Overruling the Will of the People

In November the majority of Utahns voted in favor of Proposition 3. Now, regardless of whether or not you specifically voted for the measure, I’d invite you to consider the actions of our elected "representatives".

I put “representatives” in quotes here because many of them are no longer seeking to represent the people that elected them into office. Proposition 3 sought to expand Medicaid to everyone up to 138% of the poverty level (150,000 people), a number that is important because it then ensures the government will pick up 90% of the cost. However, Utah lawmakers decided to rewrite the law such that it would only cover people up to 100% of the poverty level (90,000 people), making the state ineligible for the additional federal funding, unless we were able to obtain a waiver from the Trump administration.

If this were all, this would be concerning. Overriding a law the people put in place should not be done lightly, but there are more concerning things in this new law. If the waiver is not granted, the law is rolled back, and nobody receives the benefits granted in the law passed last November. While the state may keep asking for waivers, Proposition 3 would be effectively dead. But the icing on the cake is that this new law that our legislature is seeking to pass also comes with a block on any repeals that come through additional referendums, preventing the people from having further direct voice on the topic.

This is not something we should be seeing from our representatives. When the people pass a law, our lawmakers should respect the will of the people, and not overrule it, or block any further attempts from the people.

This article was written by BJ Taylor, a member of the United Utah Media Advisory Committee. This article represents the views of the author and not necessarily all members of the United Utah party. We highly encourage all citizens to continue to research this and other issues to arrive at personal conclusions. Civic engagement and diversity of opinions are fundamental to the United Utah Party's unique approach to politics.

“This session, the Utah legislature has the opportunity to return the government to its citizens by enacting new reforms and preserving the ones it has already made,” said Richard Davis, United Utah Party chair. “We call on it to take the major steps to bring people back into their government.”

Specifically, the UUP proposals covered a number of items, including:


“We believe these changes will give people a greater voice in their own government,” Davis said. “Utah should be a model for transparency, accountability, and citizen involvement.  These changes will foster those values Utahns hold dear.”
Read more
Add your reaction Share

“People who vote for or help 3rd parties are wasting their time.”

“The idea that we will ever have a legitimate third political party is a fantasy.”

“We should wait until we have a viable 3rd party before we vote for them.”

These are things I’ve heard a lot. A LOT. And many more like them. Whenever I tell people that I am voting for United Utah Party candidates, if they are a strong Republican or Democrat, they will come up with one of these reasons why I shouldn’t vote 3rd party (usually assuming that I would vote for their party if I didn’t).